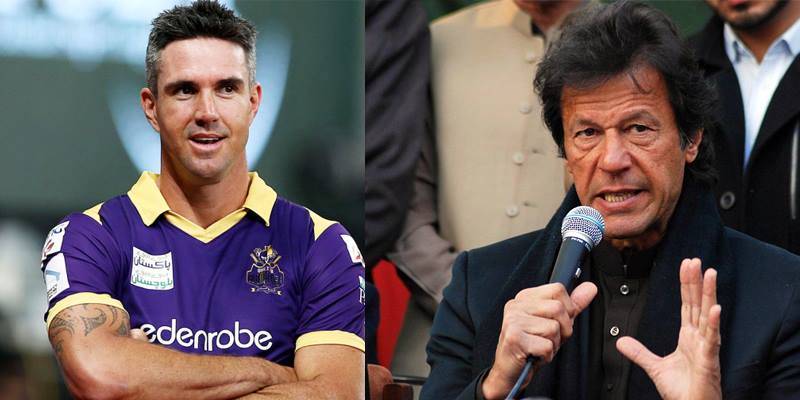 According to a report by The News, the master blaster quoted PTI chairman Imran Khan's 'madness' comments when asked whether he would travel to Lahore to play the final of Pakistan Super League (PSL) season 2.

As franchise owners are pulling up socks for their journey to Lahore in case they make it to the final, Pietersen told his management that when Imran Khan was saying that holding final in Lahore was madness, then how could he go there.

Pietersen headed to London after Gladiators snatched a last ball victory in a high-octane clash over Peshawar Zalmi last night.

I'll pick that up in London tomorrow. Bye bye Dubai! Your weather was 👎🏼 but the golf was 👍🏻. #FamilyTime https://t.co/jMIMrL26NY

The management of Quetta Gladiators is currently trapped between a rock and a hard place because at one end, they are celebrating their entry to final but on the other hand, foreign players including Luke Wright and Tymal Mills are not willing to land in Lahore for the final contest.

It must be mentioned here that PTI supremo Imran Khan had termed the decision to hold PSL final in Lahore as ‘madness’ in the purview of a recent string of terror attacks.

The cricketer turned politician said that blocking roads and tight security for organising the match would not give a message of peace to the world.

Imran himself would be skipping the final match scheduled to entertain cricket fans on March 5.