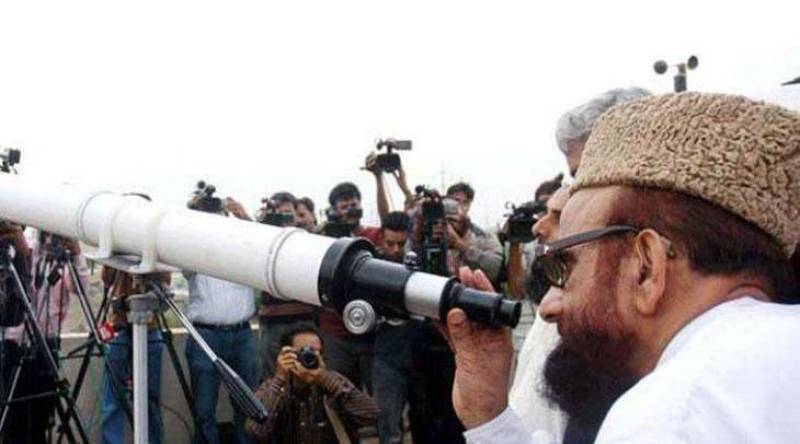 KARACHI - The meeting of Central Ruet-e-Hilal Committee will be held at Pakistan Meteorological Department in Karachi this morning to decide sighting of the crescent of Shawwal-ul-Mukarram 1440 Hijri.

The meeting will be chaired by Chairman Central Ruet-e-Hilal Committee Mufti Muneeb-ur-Rehman.

The meeting of Zonal District Ruet-e-Hilal committee will also be held in their respective areas for collecting evidence in respect of sighting of the moon.

On the other hand, the Masjid Qasim Khan committee in Khyber Pakhtunkhwa’s capital, Peshawar announced that it has received testimonies regarding the sighting of the Shawwal moon.

Like every year, Mufti Popalzai arrived at the mosque and headed the committee which met to receive testimonies; the committee announced that Eid would be celebrated today (Tuesday) as over 100 testimonies were received from across Khyber Pakhtunkhwa (KP).

Fawad Chaudhry, Minister for Science and Technology has already announced that Eid ul Fitr would be celebrated on June 5 ‘without any doubt’.

Meanwhile, Eidul Fitr is being celebrated in Saudi Arabia and other Gulf countries today (Tuesday) with religious zeal and fervour.

Eid congregations were held at Masjid-al-Haram in Makkah and Masjid-e-Nabvi in Madina. On the occasion, special prayers were offered for the progress and prosperity of Muslim Ummah.