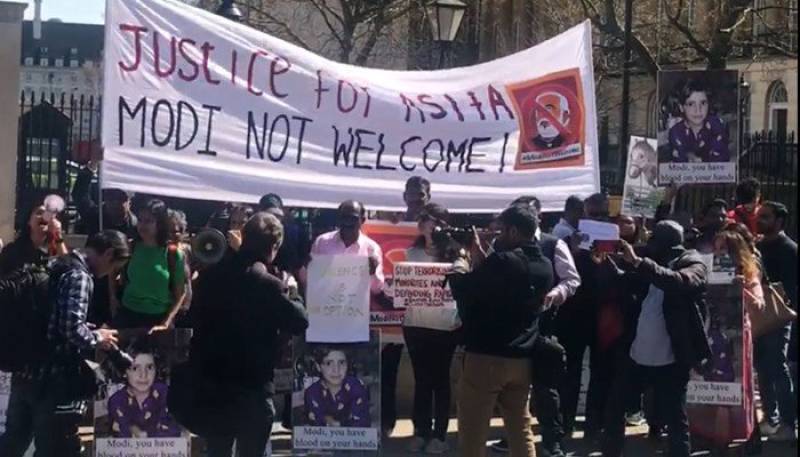 The participants chanted anti-Indian slogans calling upon the international community and the United Nations Security Council to take notice of gross violations of human rights and brutalities perpetrated by occupation forces against innocent people including women and children in Indian occupied Kashmir and pressure India to stop it immediately and comply with the UN resolutions on Kashmir.

Meanwhile, Kashmiris protesters were also joined by Sikhs in London in their protest outside the Indian High Commission.

Ma'am @RehamKhan1 joins the protest to show solidarity with Kashmiris

The protesters reiterated their resolve that Kashmiris would continue their struggle against the occupation of Kashmir by India and till they get freedom from it and realization of their birthright to self-determination.

A similar protest was also held by British Pakistanis and Kashmiris in other parts of the United Kingdom and marked Indian republic day as Black day.