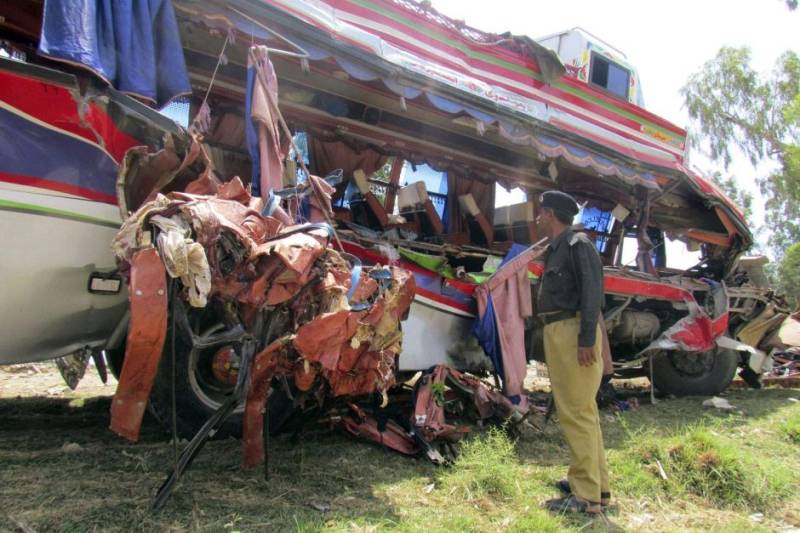 DERA MURAD JAMALI (Web Desk) - Four people including a woman were killed and 13 others were wounded in a road accident on Friday near Dera Murad Jamali in Balochistan.

Sources claim that a passenger wagon, heading to Bhagnari rammed into an oncoming coach near Bakhtiyarabad along Sibi-Jacobabad section of the national highway.

Rescue teams and Levies forces shifted the survivors and dead bodies to the Civil Hospital Dera Murad Jamali for medico-legal procedures. An emergency was declared in the hospital.

Those who were critically injured were shifted to Larkana and Quetta hospitals for treatment.

Meanwhile, investigations have been launched into the cause of accident.

Horrific roadside accidents are on the rise in Pakistan, according to experts. A report published last year suggested that on average almost 15 people die every day due to accidents.

Read more: 7 killed and injured in road accident near Chiniot