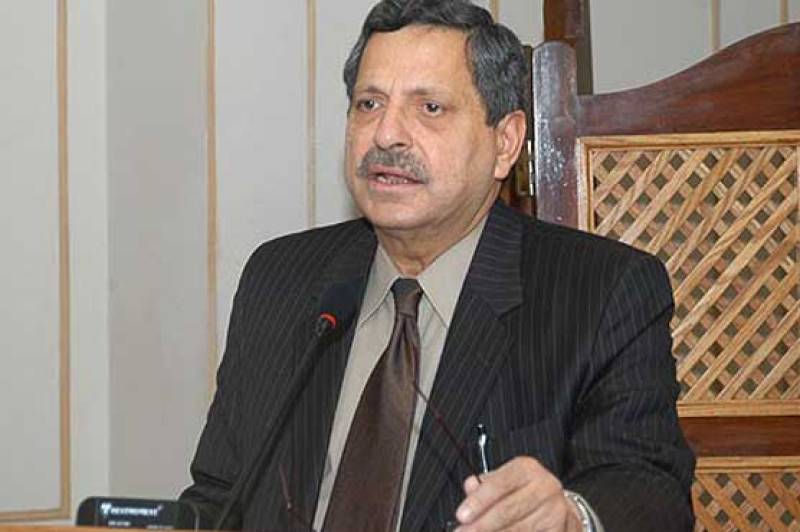 LAHORE (Web Desk) - Senior Pakistan Tehreek-i-Insaf (PTI) leader Hamid Khan has on Saturday blasted the party policies. He said that all those who sat in dictators’ lap in the past are now in PTI, Dunya News reported.

“Loyal companions are not being allowed to come forward. Looking at those surrounding Chairman PTI Imran Khan, even the public is disappointed”, he said. He said that ‘sugar mafia’ must have no place in the PTI.

PTI workers criticized the party leadership in the meeting convened by Hamid Khan. The senior lawyer also talked his heart out on this occasion and said that those who strengthened Musharraf’s dictatorship are now a part of PTI.

He said that the presence of these people in PTI will cause a lot of harm to the party.

Hamid Khan said that the people, who were awarded the tickets by Chief Minister (CM) Khyber Pakhtunkhawa (KP) Pervez Khattak, were unable to get votes. “Traditional politics and PTI cannot work together”, he said. He said that the land grabbers are trying to overpower the loyal PTI workers.

“We were undermined from within as part of a conspiracy”, said the PTI leader. Declaring judicial commission’s decision a big blow for PTI, Hamid Khan said that PTI would not have had to see this day if the senior legal experts in the party were consulted.