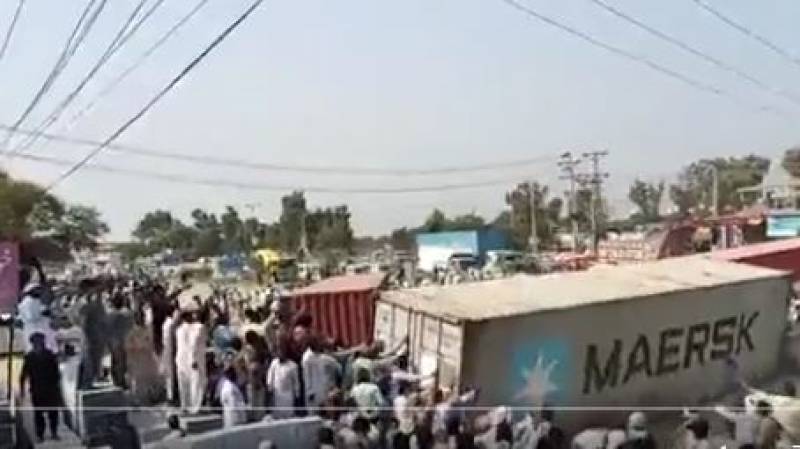 ISLAMABAD – The Human Rights Commission of Pakistan (HRCP) has expressed solidarity with the farmers who are currently protesting in the federal capital against the government policies.

More than 25,000 farmers from Punjab led by Kisan Ittehad marched on the federal capital once again on Saturday to push the government to accept their demands.

HRCP said in a tweet, "HRCP stands in solidarity with farmers and supports their demand for rationalising prices of power and agriculture inputs on the eve of the Rabi cropping season. Pakistan is on the verge of a major food crisis after the devastating floods. If farmers are not supported and incentivised by the government, the situation will further deteriorate."

HRCP stands in solidarity with farmers and supports their demand for rationalising prices of power and agriculture inputs on the eve of the Rabi cropping season. pic.twitter.com/4TsAKEl6Iu

The government has imposed Section 144 of the Criminal Procedure Code (CrPC) in the capital as this is the second time since Sept 21 that farmers have arrived in Islamabad.

Earleir, teachers from Khyber Pakhtunkhwa entered the capital three days ago and staged a protest in Bani Gala.

Some entry points of the Red Zone were opened when the protesters reached the border of the capital, but these routes were closed hours later.

Officials of the capital administration said farmers came from across the Punjab and demanded restoration of the previous tubewell electricity tariff of Rs5.3 per unit and withdrawal of all taxes and adjustments.

Besides, they said, an end must be put to black marketing of fertilisers and urea prices must be brought down. They said the government had increased the urea prices by 400 percent.

The rate of wheat should be fixed at Rs2,400 per mound and the rate of sugar cane at Rs280 per mound, the officers said, quoting the protesters.

Besides, the protesting farmers demanded that canals should be unblocked and water released immediately in the area. They said agriculture should be given the status of industry.

Earlier, the capital police sealed T-Cross Rawat by putting containers on roads after getting information of the rally. Police officers said interchanges and roads adjacent to Islamabad Expressway were also sealed with containers.