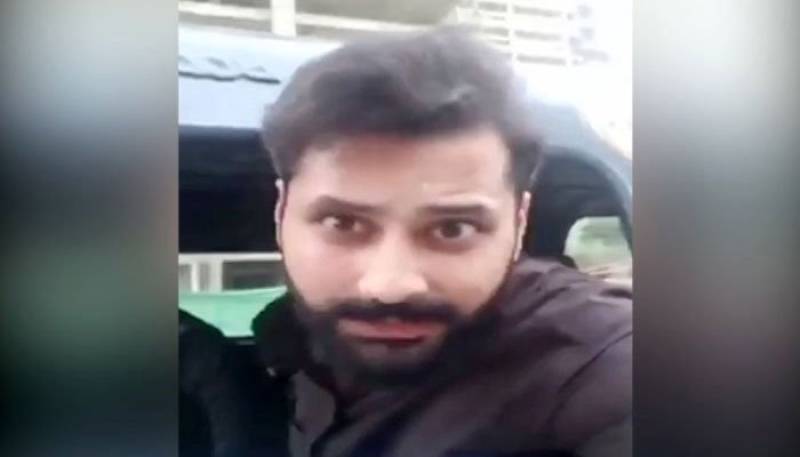 Nasir in his video message of social media alleged that the policemen tore his clothes apart and dragged him along with them.

Completely unacceptable. @MJibranNasir being arrested by the protocol cops working for a judge.

Ridiculous men in positions of authority can ruin the potential of a nation.

Hope the CJP sees this video and responds with urgency. #FreeJibran pic.twitter.com/5e9QtkkXmA

It has been learnt that the social activist has been detained at Frere police station in Karachi.

The police escort briefly detained Mr. Nasir but subsequently let him go when his identity was confirmed. Mr Jibran Nasir has claimed that he is under arrest, which is not the case. He is at liberty to leave the police station whenever he wishes. An inquiry is underway.

In his message, Nasir said the incident took place near Chief Minister's residence in the megapolis.

"I was stopped, slapped and tortured," he alleged, demanding registration of a case if had committed any violation of the law.

Policemen, who were part of the security detail of a judge, could be seen manhandling Nasir in a video shot after the activist was taken into custody.

The activist has also been playing a key role in Naqeebullah murder case.