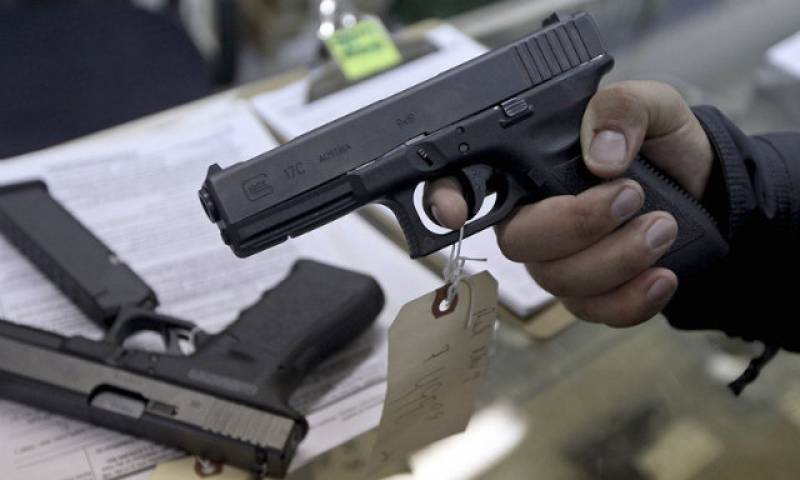 ISLAMABAD - Ministry of Interior on Wednesday lifted a ban on issuance of licences for non-prohibited bore weapons to citizens of the capital city.

A notification issued by the city administration says, "...ban on issuance of Non-Prohibited bore Arms License has been lifted; the NPB licences will be issued after completion of all legal/codal formalities in the light of the direction issued through policy of Ministry of Interior". 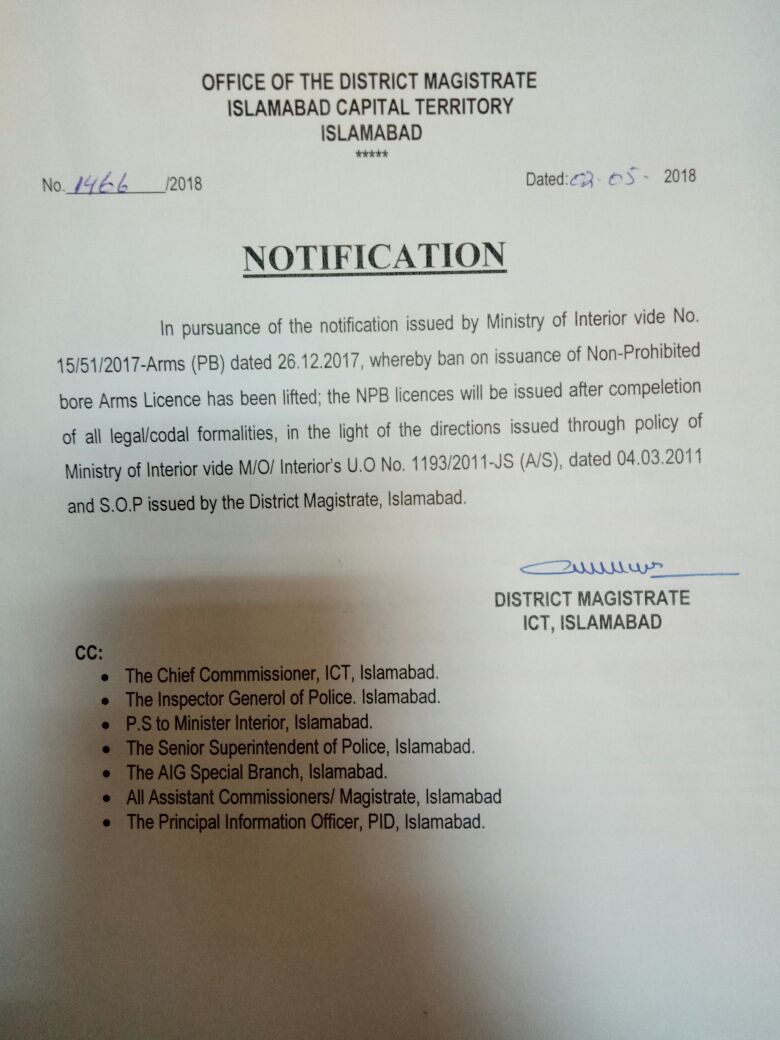 The government also issued the guidelines to apply for the licence. Citizens, who want to get the permit, are required to file an application with district administration. 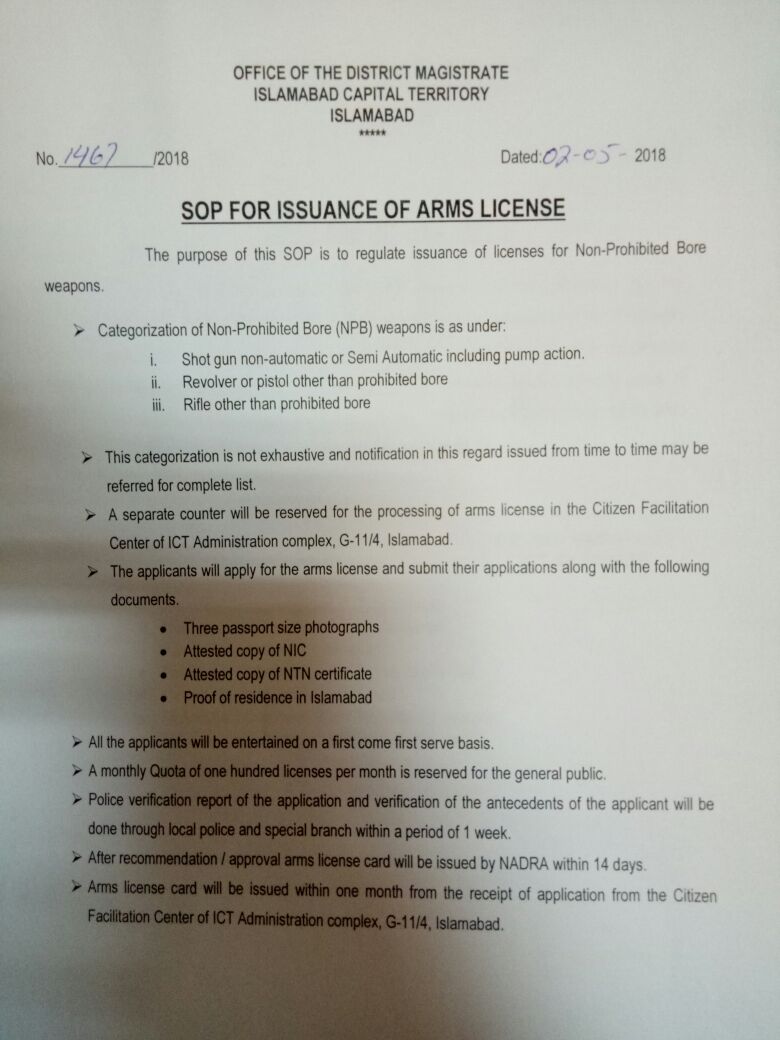 The applicant will receive the permit to possess a weapon within a month from submitting the request, while 100 licences will be issued every month.

All weapon permits will be issued through National Database and Registration Authority (Nadra_ biometric system.

In December 2017, the federal cabinet approved lifting of a ban on the issuance of licences for non-prohibited bore weapons.

During a meeting presided over by Prime Minister Shahid Khaqan Abbasi, the cabinet also approved a proposal for the regulation of licences for prohibited (automatic) weapons.

According to the proposal, all automatic weapons shall be required to be converted to semi-automatic by authorised dealers within a specified time and the owners have to get new permits in lieu of the previously issued licences.

The arms holders will also have the option of submitting their automatic weapons to the government at prescribed rates, according to a press release.