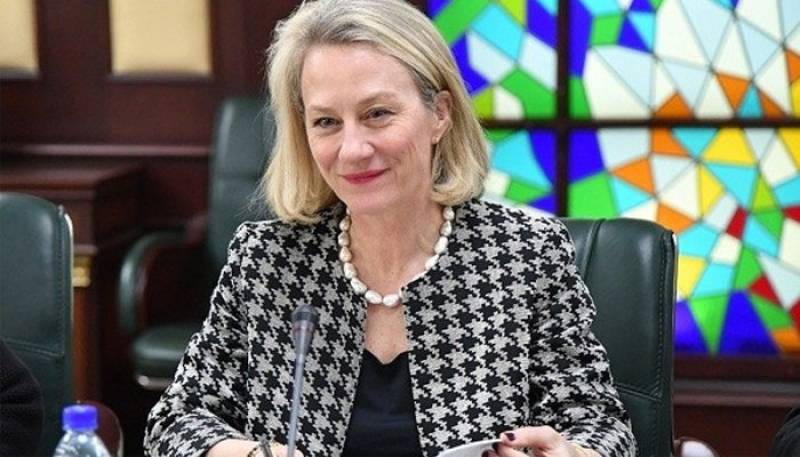 NEW YORK - The US has welcomed Pakistan's decision to file an appeal against overturning of three convictions and commuting death sentence of prime accused in the 2002 kidnapping and murder of Wall Street Journal journalist Daniel Pearl by the Sindh High Court (SHC).

Allice Wells, Principal Deputy Assistant Secretary of State, in a tweet said: "The overturning of the convictions for Daniel Pearl's murder is an affront to victims of terrorism everywhere. We welcome Pakistan's decision to appeal the verdict".

Wells added that those responsible for Pearl's kidnapping and murder still had to face the full measure of justice.

The overturning of the convictions for Daniel Pearl’s murder is an affront to victims of terrorism everywhere. We welcome Pakistan’s decision to appeal the verdict. Those responsible for Daniel's heinous kidnapping and murder must face the full measure of justice. AGW

The SHC on Thursday commuted the death sentence of prime accused to seven-year imprisonment and acquitted three accomplices in the Pearl murder case.

A two-member bench KK Agha and Justice Zulfiqar Ali Sangi announced a verdict on appeals filed by prime accused Ahmad Omar Saeed Sheikh, a British national, and co-accused against the conviction in 2002.

An anti-terrorism court had awarded death sentence to Omar Sheikh and life imprisonment to Fahad Naseem, Salman Saqib and Sheikh Adil in July 2002.

The SHC said in the verdict that Sheikh has been found involved in kidnapping of Pearl, who was bureau chief of Wall Street Journal in South Asia region, but allegations of killing him were not proven against the suspect.

The US journalist was kidnapped in January 2002 and was killed by captors when their demands were not accepted.