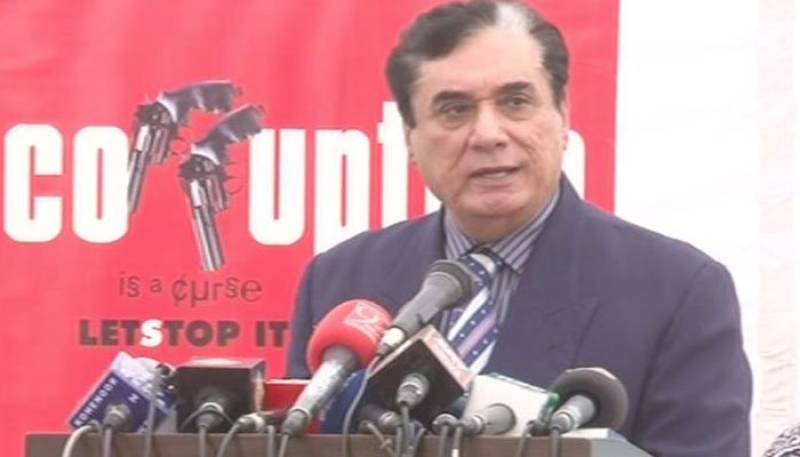 However, the top judge upheld the objections raised by the apex court's registrar, who had asked the petitioner to move forum concerned.

On May 8, the NAB chief had ordered verification of the allegations against Sharif after taking notice of the media reports regarding alleged transfer of $4.9 billion to India by the ex-PM and others outside the country.

The application states that the controversial press release was issued in a move to defame the former prime minister, adding that the State Bank of Pakistan had earlier refuted the allegations.

Justice (r) Javed Iqbal did not issue any explanation regarding the ‘flawed’ probe, it said, adding that the press release raised fingers over the credibility of the institution.

ISLAMABAD - The embattled Pakistan Muslim League-Nawaz discussed on Friday to initiate legal proceedings against the ...

The applicant pleaded the court to order investigations into the matter, besides directing NAB chief to tender unconditional apology. It also asked the court to issue an order for removing the Iqbal.

Earlier, Nawaz had demanded the NAB chairman to present proof of the charges within 24 hours or go home, however, NAB clarified that it was not a crime to question corrupt practices.