one dead as 5-storey residential building collapses in Karachi 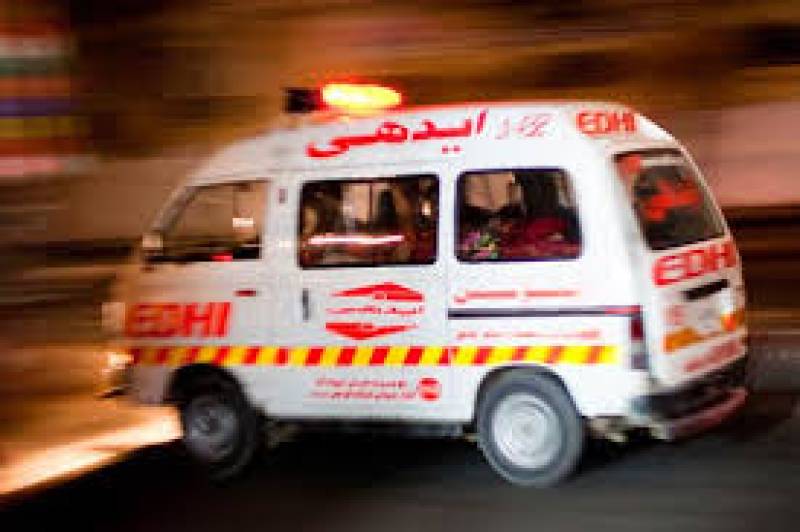 Body of a 50 year old woman could be retrieved from the site while some more are also feared to be trapped under the debris, Mohammad Musa, a volunteer involved in rescue work told APP.

According to available details the structure, located in lane number three, Liaqut Colony, Khadda Market, Lyari was no more than 25 to 30 years old, however, had developed cracks during past few months, raising concern among many in the area.

"The emerging situation and the fact that some of the inhabitants even felt tremors compelled most of the families to vacate the building," said Abdul Razzaq a senior citizen belonging to the area.

Mentioning that different families owned the flats, he said most of them decided to leave their dwellings and were in process of the same.

"Not many were there at the time of incident but a few collecting their belongings," he said.

Area residents engaged in rescue work on self help basis complained that the matter was reported to the Karachi Building Control Authority (KBCA), more than a month, as it had put at risk many of the structures next to the collapsed building.

They also took exception to the fact that no relief work had been initiated by the authorities and there is every possibility that many who otherwise could be saved have been denied of the opportunity.

Representatives of Karachi administration, particularly those from district South mentioned that the building located in narrow lane has made almost impossible the transportation of gadgets to the site.

Vounteers belonging to Edhi Foundation and Cheepa Services, soon followed by Pakistan Rangers - Sindh personnel, were the first to arrive there and help the area people.

Mayor of Karachi, Syed Wasim Akhter also reached at the site to supervise the rescue work.