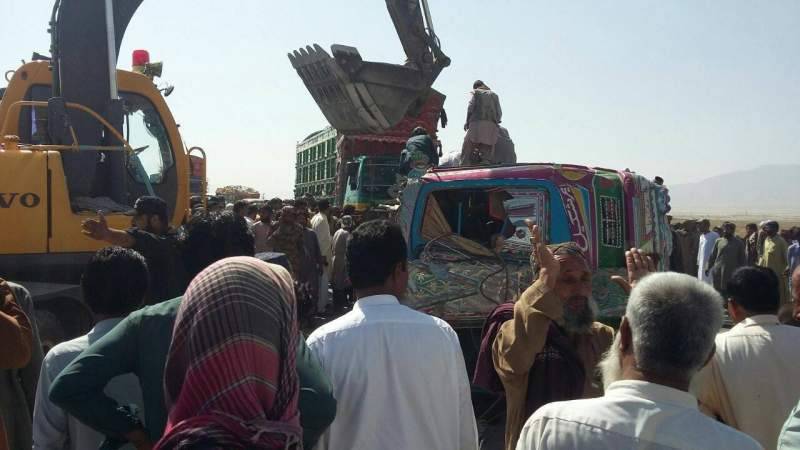 QUETTA - At least 14 people were killed and 15 injured on Saturday after a collision between a passenger bus and a van in Mastung, a district located in the northwest of Balochistan.

As per the details, the deadly road mishap took place on Sibbi road in Dasht, an area of the Mastung district, leaving several dead and injured in result.

Rescue teams have reached the spot, while 27 injured including children and women have been shifted to the Civil Hospital for medical treatment. Some of the injured are in critical condition, hospital officials said.

It is suspected that accident happened due to over speed, while further investigation is under way.

Prime Minister Shahid Khaqan Abbasi has expressed deep grief over the loss of precious human lives in the accident and directed the authorities to provide best possible treatment to the injured.

In April, nine people were killed when a passenger bus overturned near Luck Pass in Mastung, while 25 people were injured in the incident.