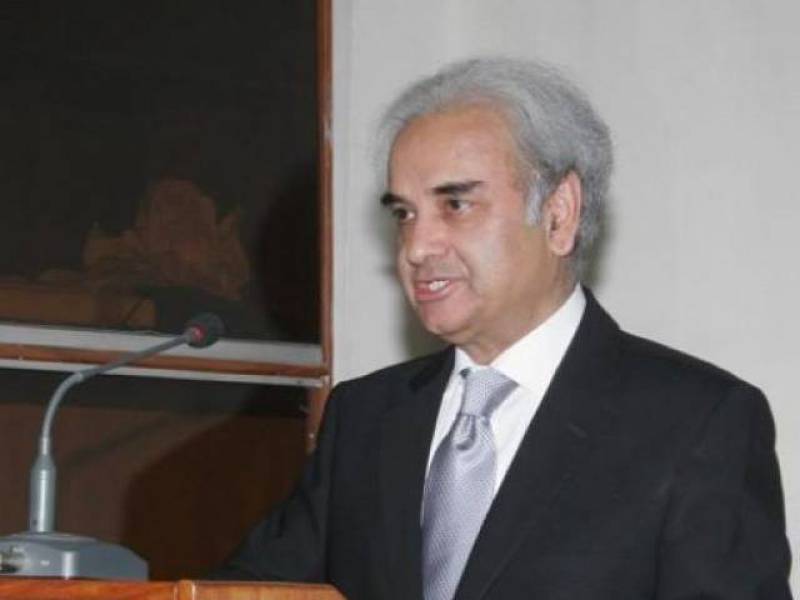 ISLAMABAD (Staff Report) – A three member judicial commission on Thursday announced to have 'open hearing' to look into the allegations of rigging in general elections 2013.

The commission, headed by Chief Justice of Pakistan Nasir-ul-Mulk, asked the political parties who had contested the general election in 2013 to submit their suggestions regarding the functioning till April 15. During this duration any citizen of Pakistan can also contact to submit the evidences of allegations or electoral irregularities in general elections, said a statement issued by the commission after its first formal meeting.

Hamid Ali, the personal secretary of Justice Nasir-ul-Mulk, has been appointed as the secretary to the three member commission that will conduct the first formal hearing on April 16 at 1 PM in the building Supreme Court of Pakistan.

Chief Justice Nasir-ul-Mulk is heading the commission whereas the other two members are Justice Ejaz Afzal and Justice Amir Muslim Hani.

The commission has been constituted after the president of Pakistan Mamnoon Hussain issued an order on April 3 addressing to the chief justice to form a three member judicial commission to look into the allegations of rigging in the general polls of 2013.

The commission will complete its assigned task within the next 45 days.