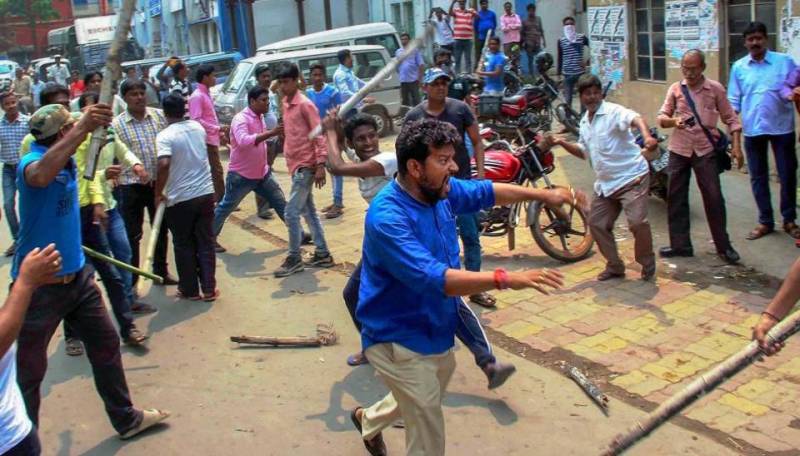 NEW DELHI - Three political workers including one Trinamool Congress and two from the Bhartya Janata Party (BJP) have been killed in a clash at Nayjat city in West Bangal in India.

According to the Radio Pakistan, the clash took place over removing of party flags from public places. Meanwhile, the BJP said that five of its workers are missing.

After the formation of Modi government, Hindu extremists have unleashed fresh hate attacks against minorities particularly Muslims in northern state of Bihar.

Every aspect of Muslim life has been targeted to create an impression that Muslims are the main problem of the country.

Three days after the verdict of the 2019 general election, Mohammad Qasim was shot at for being a Muslim in Kumbhi village.

The chairman of the Muslim Ekta Manch, Shahzad Khan says a young man belonging to a minority community has been targeted for his religious identity and prevented from practising his religion with freedom, as guaranteed in the Constitution.