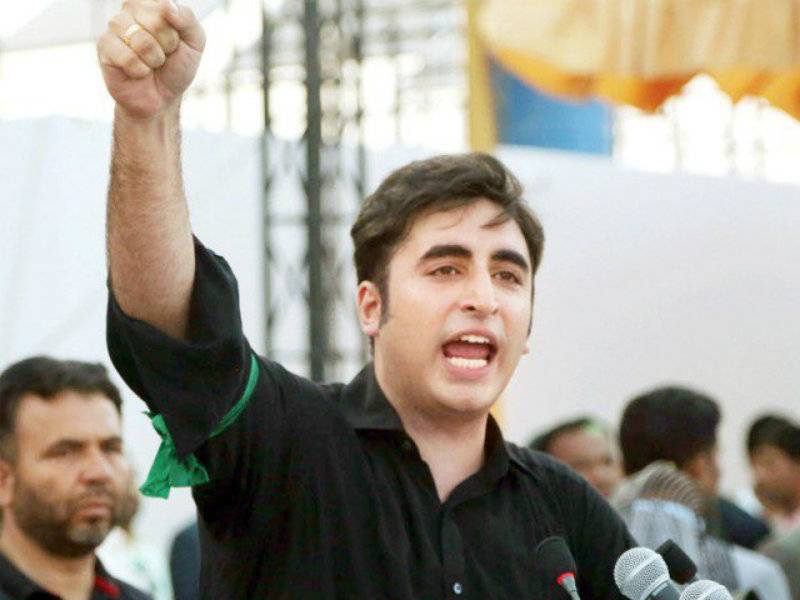 “Until he sworn in as India’s Prime Minister, Modi was considered as a terrorist by many countries around the world and was also denied visas,” he said. “However, Mian Sahab (Nawaz Sharif) went to his swearing-in ceremony without any regard for how many Muslims he had murdered in Gujarat,” the young chief of Pakistan People’s Party said while addressing a rally in Bagh for the upcoming Azad Kashmir elections. 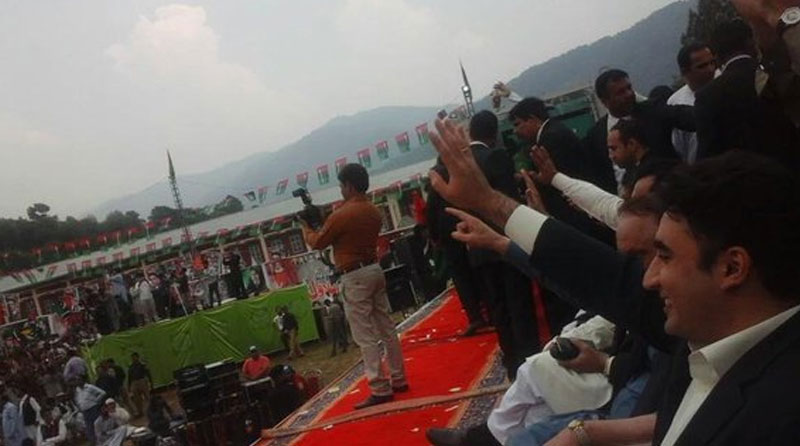 “Mian Sahab has made Pakistan’s stance on Kashmir a joke,” he said. “Mian Sahab went so far in his friendship with India that he did not care to meet Hurriyat leaders,” he added.

“You did not fail to meet steel traders during your visit, did you?” Bilawal said in a sarcastic manner. “No leader in the past has ever inflicted such damage on Kashmir.”

The PPP chairman termed 2016 Azad Kashmir General Election as equivalent to referendum. “It’s been 67 years and no resolution on Kashmir has ever been implemented,” he said.

Bilawal also stressed on his party’s call to have plebiscite in Indian-occupied Kashmir under the United Nations.

He alleged that Nawaz Sharif’s policies were pro-India and anti-Kashmir. He further slammed the PM for not uttering a single word when a RAW agent was arrested from Balochistan. 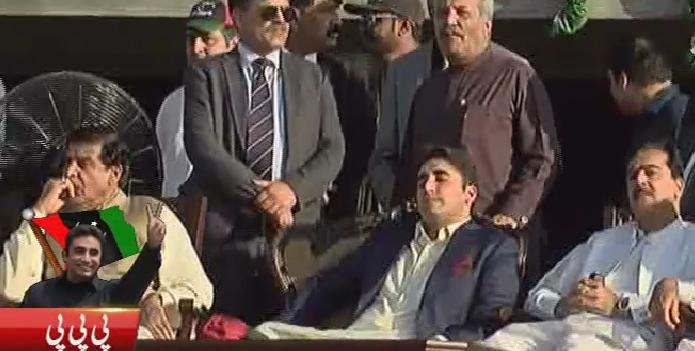 The PPP chairman also attacked Punjab Chief Minister Shahbaz Sharif and questioned the spending of such an exorbitant amount of money on Orange Line project. He said that claims of good governance were farce and that if they were true, then why couldn’t people see development with their own eyes?

“Their claims of good governance were exposed when the dismal operation against Chotu Gang was conducted. The people of Punjab want to rid themselves of the real Chotu Gang,” he exclaimed.

The young Bhutto also attacked the Prime Minister on the subject of Panama leaks and said that contradictory statements had made Sharif’s case weak.

“People are asking questions, you will have to answer now,” he said.

“The government’s boat is shaking. The show is now over for the circus lions,” the PPP chairman said, adding that his party wants a fair probe into Panama Papers’ revelations.

The PPP's election rally in Azad Kashmir’s turned into a celebratory event after the party workers came to know that Ali Hyder Gillani, the abducted son of former prime minister Yousuf Raza Gillani, was recovered safely from his kidnappers in Afghanistan’s Ghazni district.