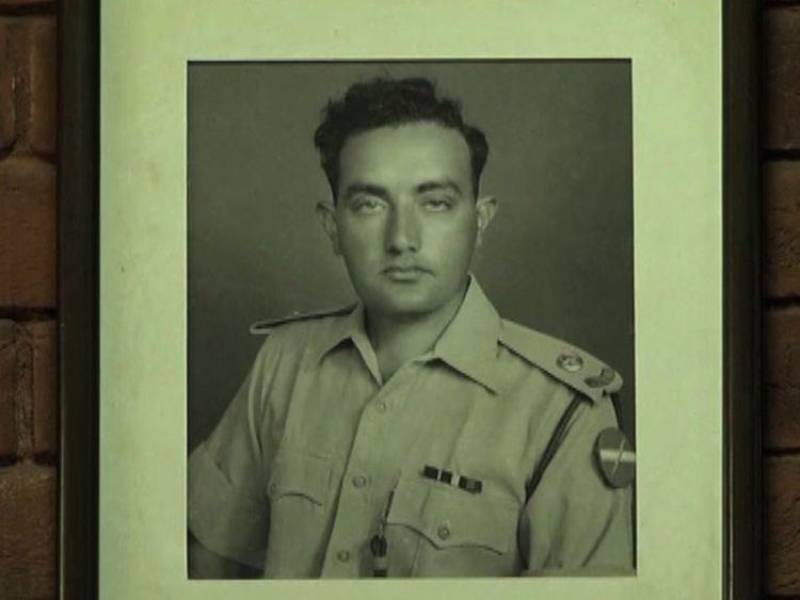 ISLAMABAD – A great son of Pakistan who laid down his life for the defense of the country, Major Raja Aziz Bhatti was remembered on his 54th death anniversary on Thursday across the country.

He was born in Hong Kong in 1928. He moved to Pakistan before it became independent in 1947 and lived in the village of Ladian, in the district of Gujrat.

There he enlisted with the newly formed Pakistani Army and was commissioned to the Punjab Regiment in 1950.

On September 6,1965 after India attacked Pakistan with the largest ever number of tanks, Major Bhatti as Company Commander in the Burki area of the Lahore sector chose to move with his forward platoon under incessant artillery and tank attacks for five days and nights in the defence of the strategic BRB canal.

Throughout, undaunted by constant fire from enemies’ tanks and artillery, he organized the defense of the canal, directing his men to answer the fire until he was hit by an enemy tank shell which killed him on 12 September 1965.

He was 37 years old. Raja Aziz Bhatti was rewarded with the prestigious Nishan-e Haidar for his services to Pakistan.