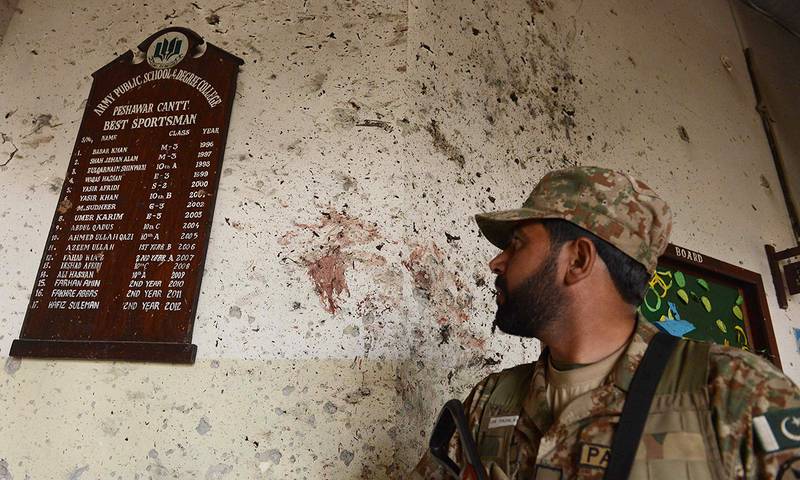 ISLAMABAD – The Supreme Court has disposed of the Army Public School carnage case after having a briefing on the progress made so far by a judicial commission probing the matter.

Advocate General, Khyber Pakhtunkhwa told the court that 147 testimonies have so far been recorded while another one hundred and nine are still pending. He said we cannot furnish the report until these testimonies are not complete.

On this, the chief justice ordered to submit the report in the court when it's complete and disposed of the case.

The CJP had taken a suo motu notice of the APS Peshawar massacre case when parents of some martyred students including mothers approached him while he was hearing other cases at Supreme Court Peshawar Registry.

As many as 131 schoolchildren and ten other people were martyred when heavily armed militants stored the Army Public School on December 16, 2014 in the deadliest terror attack in country's history.