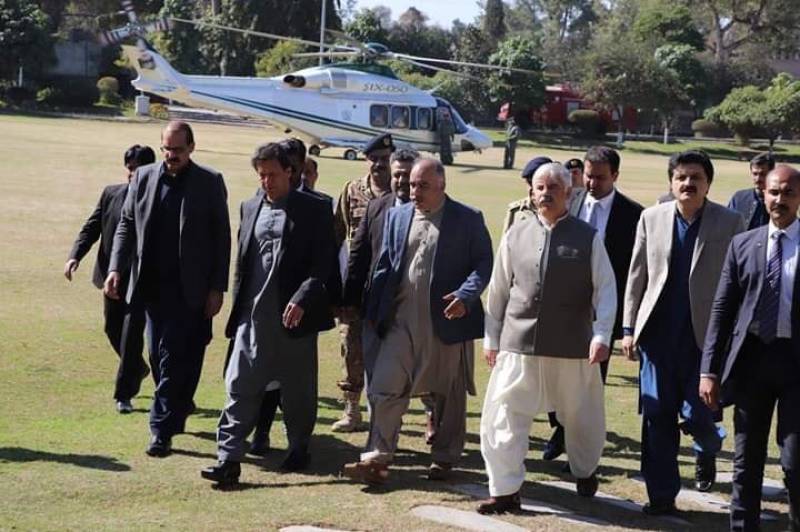 The premier addressed a ceremony in this regard in Peshawar and also held a meeting with Chief Minister Mahmood Khan and Governor Shah Farman at the Governor House.

Speaking on the occasion, the premier said that having access to free healthcare was perhaps the biggest blessing from God for a household of lesser means.

The premier expressed that for such a family, when a member falls ill, it is a bombshell as the whole budget gets upset when someone falls ill.

The prime minister said that the biggest shock for families struggling with finances is illness as per research.

"That is why we wanted to provide the Sehat Insaf Card to low-income households after its success in Khyber Pakhtunkhwa during our [last] tenure in the province," he shared.

The prime minister detailed that a family can use the card at any hospital in any city and receive treatment worth that amount under the programme.

The premier also mentioned the upcoming tour of Saudi Crown Prince, Mohammed bin Salman and said that it would be a momentous occasion which will bring never-before-seen investments in the country.

"We shall be bringing a comprehensive programme for poverty alleviation by the end of the month," the prime minister announced.

He also thanked the health minister for bringing to fruition what he had promised. The premier said the government plans on further developing the infrastructure in the tribal region and shall be releasing funds in this regard.

He reiterated that it was not a good idea to conduct military operations in the region but hastened to add that now that we have been given a chance, we will do our utmost to help the people of the tribal areas.

Under the Sehat Insaf Card program, people of all seven tribal districts will avail free medical treatment at all major government and private hospitals and Rs720,000 will be allotted for every household.