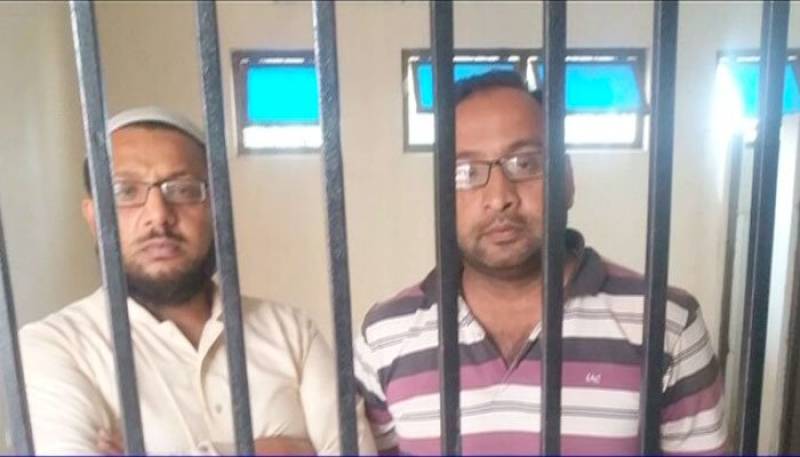 Riaz and Zaid were taken into custody on Monday after the police conducted a raid at Ghayasuddin's house.

The arrests came after registration of FIR against three men including the two brothers at the Shakargarh City Police Station for assaulting the medical superintendent (MS) of the THQ Hospital, Dr Mohammad Tariq.

Gujranwala Regional Police Officer Sultan Azam Temuri has ordered the Narowal district police officer to immediately arrest the third accused as well and bring them all to book.

Reportedly, the MPA's sons went to the hospital on Sunday to acquire medicines, however, Dr Tariq could not provide the medicines as they were expensive and were demanded in bulk.

Furious at the refusal, the sons of lawmaker attacked the hospital head who then lodged a FIR against them with the local police.

Ghayasuddin is a representative of the Punjab Assembly from PP-133, Narowal.