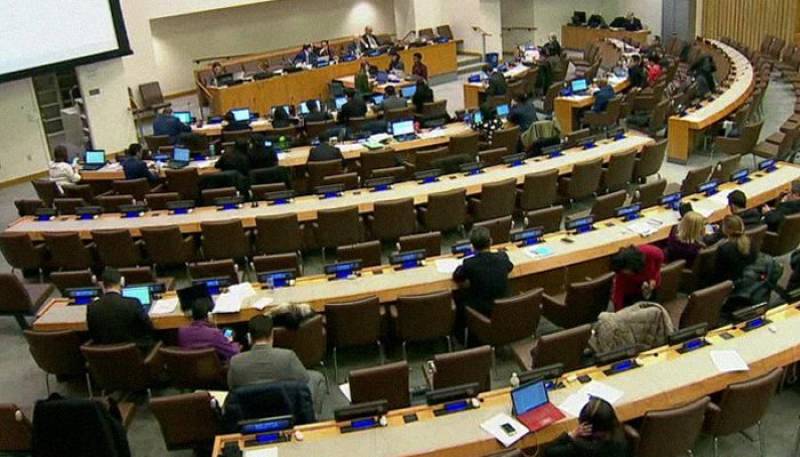 NEW YORK - United Nations' Economic and Social Council has reelected Pakistan as a member of its Committee on Non-Governmental Organizations for four years on Monday.

According to an official statement, in one round of secret balloting, the Council elected Bahrain, China, India and Pakistan from Asia‑Pacific States. It also elected Brazil, Cuba, Mexico and Nicaragua as representatives from Latin American and Caribbean States to serve the same four-year term.

The membership of Pakistan and other selected countries in the ECOSOC's standing committee commences next year, in 2019, and will continue through 2022. Pakistan has held the role for 10 years.

Further, Pakistan also bagged a seat on the executive board of the United Nations International Children's Fund (UNICEF).

As a member of the UNICEF in the past, Pakistan has been playing a significant role in the organisation for the rights of human and children on an international level.

The membership in the UN body shows the confidence of the international community on Pakistan.