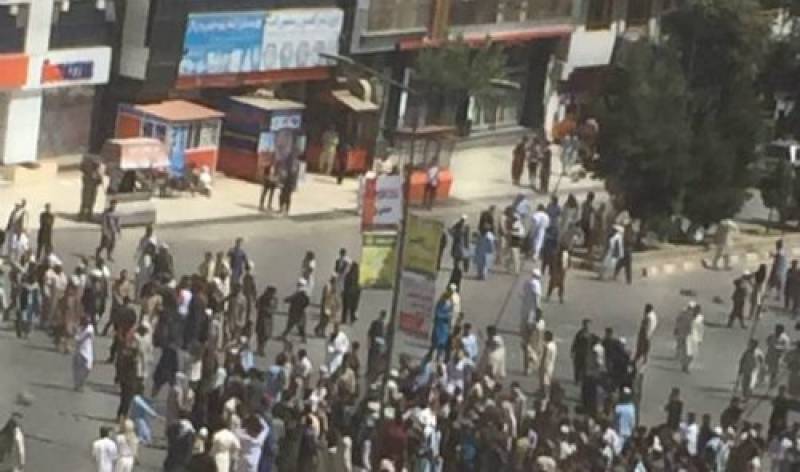 KABUL - A group of Afghans gathered outside the Pakistan embassy in the capital city, Kabul as a protest against the problems faced during the visa process.

According to Tolo News, the protesters called for making the visa process smooth so that the Afghans can travel to Pakistan easily.

Pakistan houses a huge majority of Afghan refugees (in millions) but also keeps an eye on their movement so that they should not be misled by militant groups.

Both the countries have traded barbs in past over the issue of terrorism, however, Afghan refugees still reside in Pakistan.

Afghan President Ashraf Ghani had also offered Taliban to join the peace process for which he sought the support of Islamabad.

Pakistan's former premier, Shahid Khaqan Abbasi had traveled to Kabul and called upon the militant groups to give up arms and join the political process.

Both the countries sporadically close the border crossings, however, the closure does not last much longer owing to trade interests and a religious bond between the citizens.