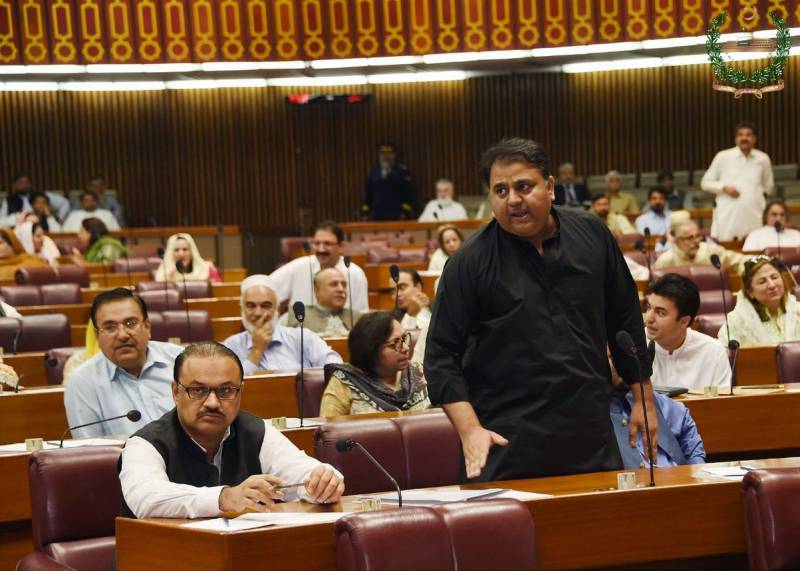 ISLAMABAD - Legislators from the treasury and opposition benches are set to spar in the Lower House of the Parliament as the general debate on the federal budget would start today (Monday).

As per the parliamentary tradition, the opposition leader starts a general discussion on the budget, but this time ruling Pakistan Tehreek-i-Insaf (PTI) did not allow Leader of the Opposition, Shehbaz Sharif last week to make a speech by constantly creating disturbances.

Federal Minister for Science and Technology Fawad Chaudhry expressed the hope that the National Assembly would begin the debate on the budget today, as they had already achieved their purpose by not allowing Mr Sharif to speak for one full day.

On the other hand, Pakistan Muslim League-Nawaz information secretary Marriyum Aurangzeb alleged that the government did not want a debate on the budget.

It had never happened in the country’s parliamentary history that the government itself created hurdles in the debate on the budget, she said while talking to Dawn News.

The National Assembly session is likely to become boisterous as a day earlier Pakistan Peoples Party (PPP) Chairman, Bilawal Bhutto Zardari met PML-N leader Maryam Nawaz and issued a whole range of issues from inflation to economy besides the recent spate of arrests.

PPP had also announced that it would resist the government over the issue of budget announced by Minister of State for Revenue, Hammad Azhar last week.