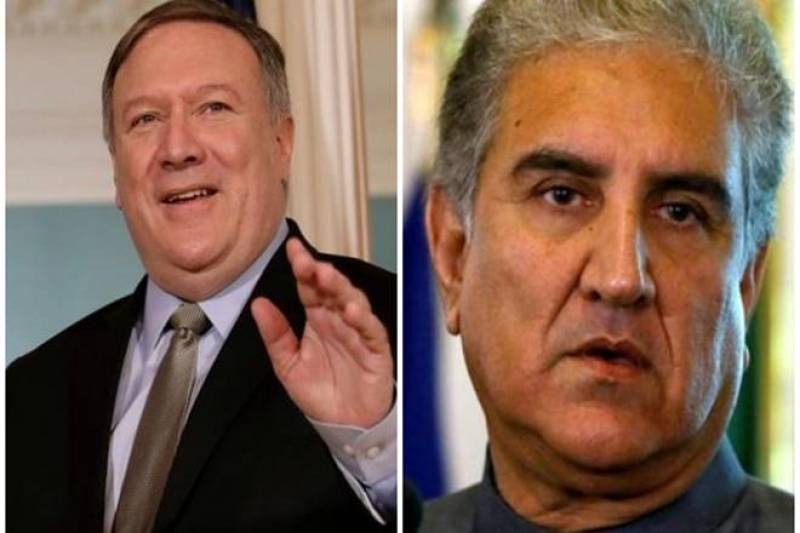 LONDON - Foreign Minister Makhdoom Shah Mahmood Qureshi made a telephone call to the US Secretary of State Mike Pompeo and reiterated Pakistan’s firm resolve to play its positive role in this process and support in Intra-Afghan dialogue.

"FM Qureshi briefed Secretary Pompeo about the measures being taken by Pakistan in accordance with the National Action Plan and the initiatives being taken by the government to carry out economic restructuring," a foreign office statement stated on Monday.

It continued that the minister spoke about the steps that Pakistan has been taking for compliance with FATF action plan.

During the telephonic conversation, Qureshi, who is on an official visit to the UK, also discussed the bilateral relations and regional peace and security.

The two sides also discussed the reconciliation process in Afghanistan and expressed a commitment to work towards bringing lasting peace in the region; the foreign minister underscored the importance of a peaceful Afghanistan for regional peace and stability.

Qureshi also highlighted the Afghanistan Pakistan Action Plan for Peace and Solidarity (APAPPS) as a mechanism for strengthening bilateral relations between the two countries and to have constructive engagement.

He underlined the high importance that Pakistan attached to peace with all its neighbours, reiterating the priority attached by the Government of Pakistan to resolve all outstanding disputes through dialogue and engagement.