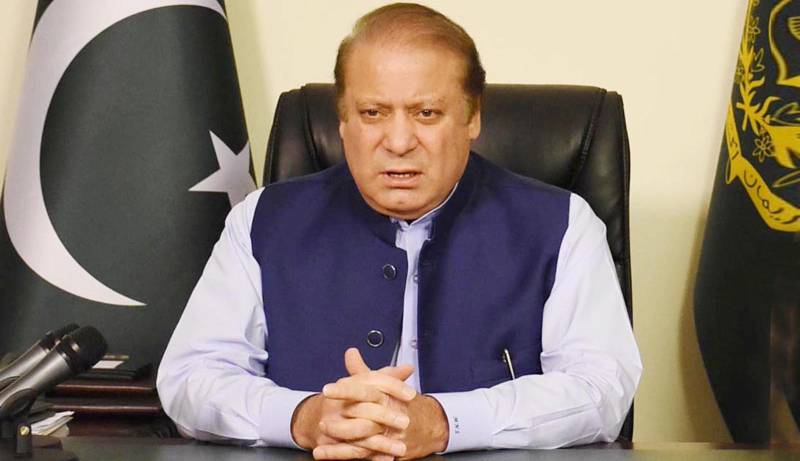 ISLAMABAD - Prime Minister Muhammad Nawaz Sharif condemning martyrdom of two Pakistan Navy officials near Jiwani, Balochistan said that anti-state elements will not be allowed to hamper development in the province.

In a statement, the Prime Minister added that such terrorist attacks would not deter efforts to end terrorism and extremism. He said that an uncertain province was turned into a peaceful one with the great sacrifices offered by security officials.

He prayed for eternal peace of the martyrs and condoled with the bereaved families over their irreparable loss.

On Monday, two Navy sailors were martyred and at least three others were wounded when their vehicle was attacked in the Jiwani area of Gwadar district, Balochistan on Monday.

The sailors were transporting iftar items during a routine run from Jiwani city when their vehicle was ambushed by four assailants on two motorbikes, reported DawnNews.

The assailants opened fire on the vehicle indiscriminately, leaving one man martyred and five wounded, he said.

The five wounded were shifted to Karachi for medical treatment. One of the wounded succumbed to his injuries, bringing the death toll to two, the official added.