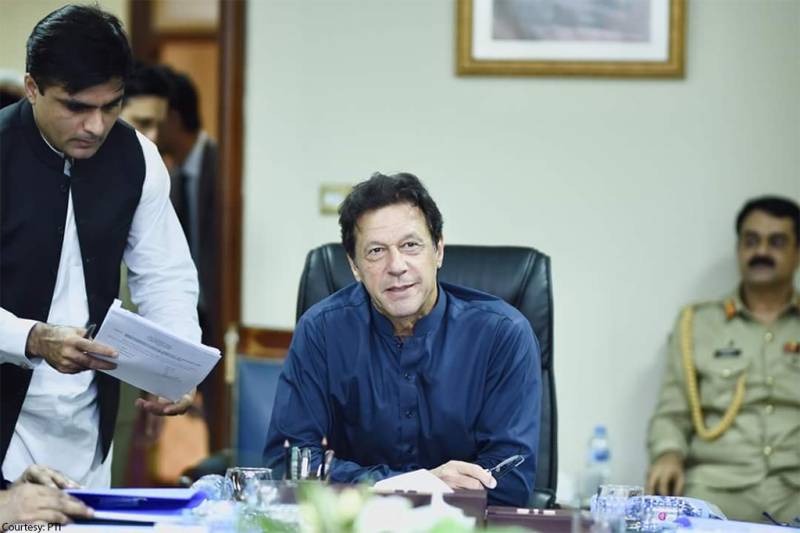 KUALA LUMPUR - Prime Minister Imran Khan has urged the overseas Pakistanis in Malaysia to send back remittances through legal channels.

Addressing a community of diaspora on Wednesday, the premier expressed that Mahathir Mohamed did not establish factories to satisfy personal interest adding that Pakistan’s ambassador to Malaysia worked tirelessly for his country's sake.

The current government’s priority is to get investments from abroad.  Pakistan needs to improve its governance as it has immense potential, said the premier.

Khan, who is on a two-day visit to Malaysia, expressed that nobody could do money laundering in Malaysia, unlike the case in Pakistan.

'We will make money laundering very difficult for people in Pakistan,' vowed the premier, adding that he was getting details of those attempting to send money abroad illegally.

Imran Khan said that the suspect involved in money laundering was now behind bars, without naming anyone.

The prime minister also dished in on matters of domestic politics saying, the opposition wanted him to fail but hastened to add that he will remain a threat to the opposition.

'As long as I am in power, the opposition is in danger,' asserted the prime minister.

He observed that those who were making noise at the moment are well aware that they have to be behind bars soon.

'No one would be granted NRO,' said the premier.

The prime minister affirmed that once the debt crisis is over, Pakistan would not need any loans but would instead lend loans to other states. He also invited the overseas Pakistanis to invest in the home country as part of their national obligation.

He asserted that the government would ease the conditions for businessmen to invest in the country, citing the example of Mahathir Mohamed.

The Prime Minister said Malaysia developed due to good governance despite having limited resources; he said Malaysia is fortunate to have a great leader like Mahathir Mohamad.

'We are furnishing a program for sprucing up exports,' said the premier and added that the exports of Malaysia stood at $220b while it was merely $4b for Pakistan.