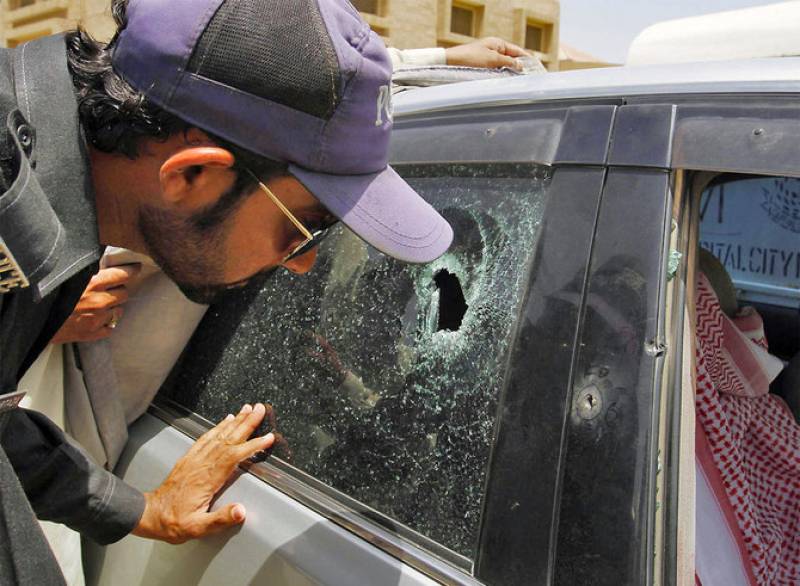 KARACHI – Pakistani police have sought assistance from authorities in Tehran in arresting the suspected killers of a Saudi diplomat, who are believed to be hiding in Iran.

According to a Pakistani counterterrorism official, Hassan Al-Qahtani, an employee of the Saudi consulate in Karachi, was killed in 2011, when gunmen opened fire on his car in DHA.

In November last year, Pakistani authorities formed a special team to investigate the murder after previous probes yielded no result.

Investigation materials include a November request to Iranian authorities for assistance in the case against three suspects in Al-Qahtani’s murder — Ali Mustehsan, Raza Imam, and Syed Waqar Ahmed — over their “involvement in target killing and terrorism activities in Pakistan.”

“We have written for mutual legal assistance from Iran,” said an official of the Counter Terrorism Department.

“We believe that all three accused are absconding in Iran, and we cannot arrest them without the assistance of their law enforcement.”

He said red notices for Mustehsan and Ahmed have already been issued, while police have called for the Federal Investigation Agency to initiate the process of issuing one for Imam as well.

Imam, alias Manzar, has a Rs1 million bounty on his head and has already been sentenced to death in two different cases, according to the Sindh police wanted list. He is a member of the banned Sipah-e-Muhammad Pakistan militant organization.