We were prepared for war after Uri attack, Air Chief gives warning to India 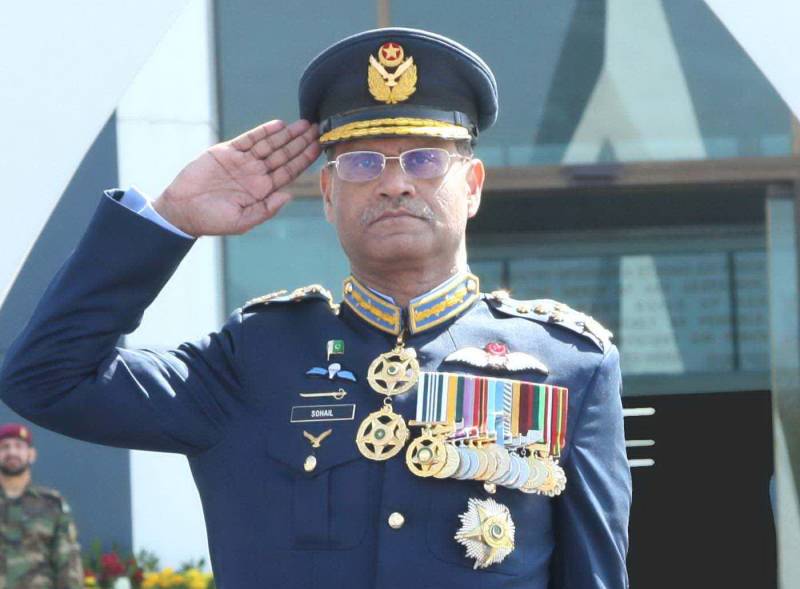 KARACHI - Chief of Air Staff Air Chief Marshal Sohail Aman on Thursday warned that Pakistan was prepared for war after the Uri incident in India.

Warning the neighbour about Pakistan's capability, Sohail expressed that Pakistan was not worried about India at all in the aftermath of tension simmering along Line of Control.

Speaking at the 9th International Defence Exhibition and Seminar (IDEAS) a day after three Pakistan Army men were killed exchanging fire with Indian troops across the Line of Control, the chief of air staff said, "We are not worried about India at all, it is better if they show some restraint."

Aman stressed  India to resolve the Kashmir issue, saying, "They should speak on matters of principle and our ties will improve."

Air Chief claimed that the aircraft industry in Pakistan was making strides adding that Pakistan was extending cordial relations with its neighbours.

He said that operation Zarb-e-Azb was a reality and no one should remain in confusion regarding that. He stressed the need for making the aviation industry of the country, self-sufficient .

Pakistan and India on Wednesday exchanged threats as tensions between the two neighbours escalated in the aftermath of deadly clashes on the Line of Control (LoC) that left 13 people dead on the Pakistani side, including three troops, due to Indian shelling.

Indian troops on Wednesday shelled civilian populations almost all along the Line of Control in Azad Jammu and Kashmir after a daylong lull and hit a passenger bus, leaving 10 civilians dead and 21 others injured.

Three army personnel also lost their lives in an exchange of fire across the LoC, officials said.

What irked Pakistan was the fact that the death toll depicted heaviest civilian killings in a single day over the past 13 years since India and Pakistan inked a ceasefire agreement in 2003.

The major incident took place in the Neelum valley, where shelling started at 3am, but intensified after sunrise, according to Jamil Ahmed Mir, Superintendent of Police in Neelum.

The relation between nuclear-armed neighbours escalated after a check post in Uri India was attacked leaving 18 soldiers dead for which India blamed Pakistan however, Pakistan gainsaid the allegations.