Activists out again for Punjabi's inclusion in curriculum 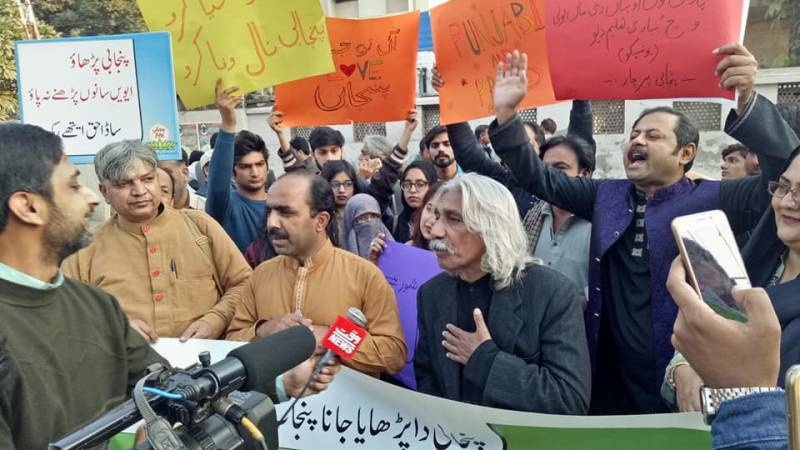 LAHORE – Members of Punjabi Parchar and other organisations working for the promotion of most popular language in the province took out a rally in Lahore on Friday, calling upon the government to make Punjabi a compulsory subject for students of Primary to Graduation level.

Addressing the demonstrators, President Punjabi Parchar Ahmed Raza expressed that the Punjab government should take initiatives to educate Punjabi to the students of primary level which was the basic right of every child. 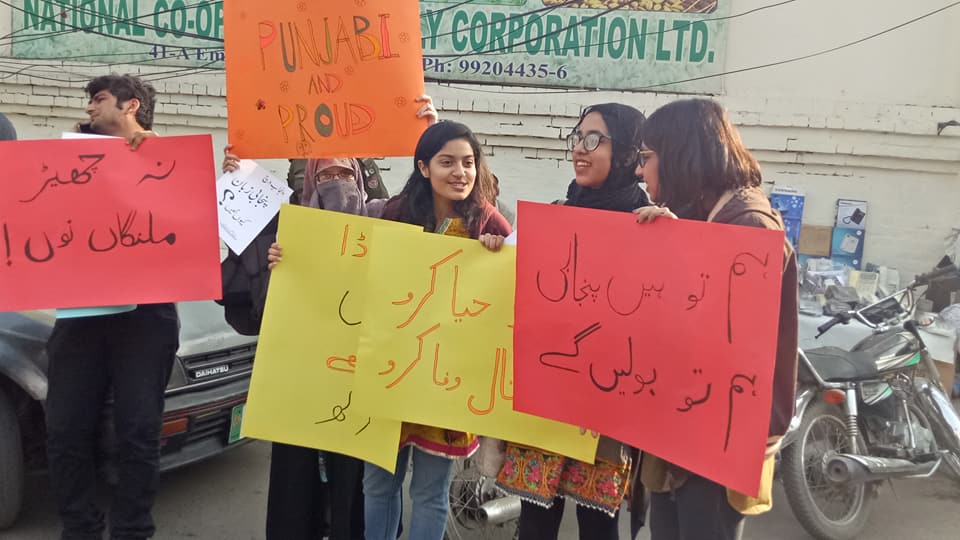 “The Constitution of Pakistan allows such initiative and the UNICEF also stresses imparting education in our mother tongue,” he asserted.

Quoting the example of Balochistan, Khyber Pukhtunkhwa and Sindh province, Ahmed Raza maintained that Punjabi should be followed as a medium of instruction in Punjab as well.

He declared that “Punjabi language is identity of the province”, wondering why the government was hell bent to leave people illiterate while depriving them of their language.

“The citizens of Punjab need to be taught teachings of Sufi scholars otherwise Talibanisation would emerge,” he warned. 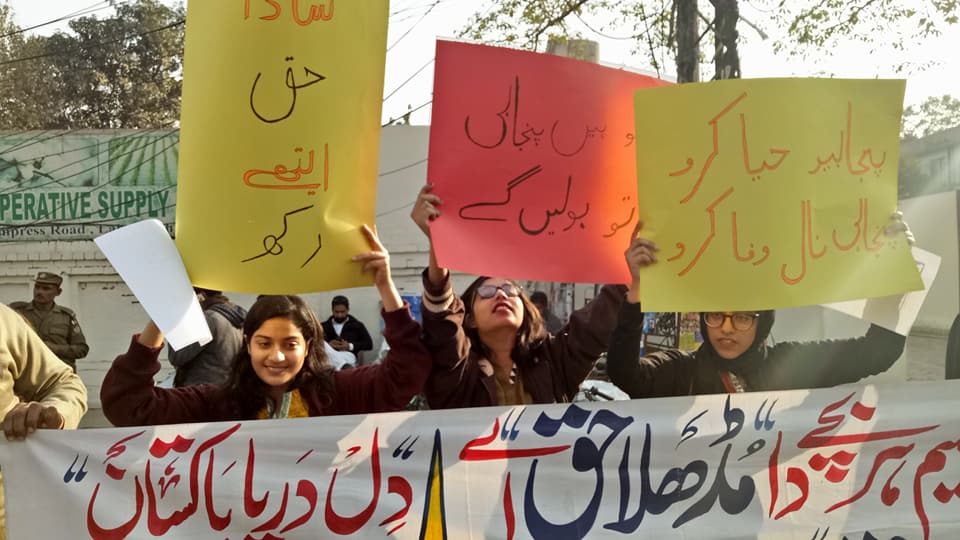 Professor Tariq Jattala affirmed that they were not against any other language and only wanted due rights for their mother tongue.

Jatala said the Constitution bounds the government to take necessary steps for the promotion of local languages but despite reminders the provincial government was reluctant to take substantive measures at school level.

Renowned Punjabi poet Baba Najmi said that acquiring education in Punjabi was the basic right of citizens and the Supreme Court had also issued directives in this regard but the government was not acting accordingly.

He also announced setting up a hunger strike camp provided the relevant officials refuse to accept the demands.

On the occasion, the demonstrators were holding placards bearing slogans like 'Saada Haq Ethy Rakh' (Give us our due Right), 'Punjab da Maan, Punjabi Zuban' (Punjabi, pride of Punjab).

Notables like Justice (r) Anwarul Haq Pannu and famous television star Rashid Mehmood also showed up to support the cause of Punjabi activists.