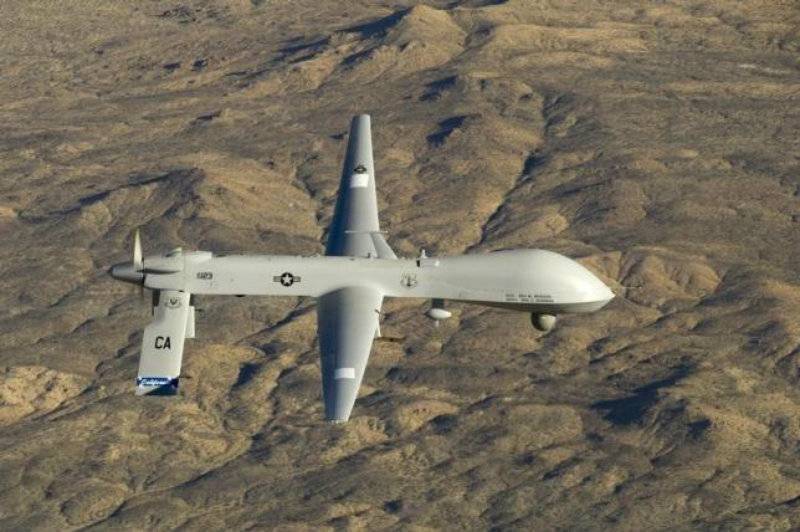 ISLAMABAD - The United States on Thursday refused Pakistan 's allegation of striking an Afghan refugee camp near Kurram Agency in a drone attack as "false".

In a statement released by a US Embassy spokesperson, “The claim in an MFA statement yesterday that US forces struck an Afghan refugee camp in Kurram Agency yesterday is false.”

ISLAMABAD - Pakistan on Wednesday condemned what it said was a US military drone strike inside its territory. The ...

On Wednesday, Pakistan condemned what it said was a US military drone strike inside its territory. The unmanned aircraft’s missiles “targeted an Afghan refugee” camp in northwestern Kurram region, an international news agency reported, citing a statement from the Pakistani foreign office.

Foreign Office Spokesperson Dr Mohammad Faisal, in a statement, said such unilateral actions are detrimental to the spirit of cooperation between the two countries in the fight against terrorism.

“Such unilateral actions, as that of today, are detrimental to the spirit of cooperation between the two countries in the fight against terrorism,” the statement said.

He said Pakistan has continued to emphasize to the United States the importance of sharing actionable intelligence so that appropriate action is taken against terrorists by our forces within our territory.

The spokesperson said Pakistan has also been stressing the need for early repatriation of Afghan refugees as their presence in Pakistan helps Afghan terrorists to melt among them.