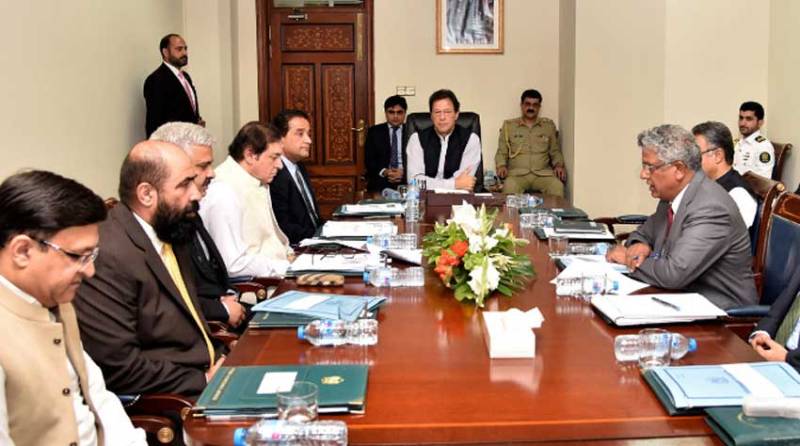 ISLAMABAD - Prime Minister Imran Khan has given green signal to a project named 'Re-Charge Pakistan' aimed at better management and utilization of flood waters to restore and re-charge the groundwater.

Addressing a briefing meeting on Climate Change in Islamabad on Wednesday, the premier said tackling climate issues is a priority area for the incumbent regime.

The prime minister said 'Pakistan Cleanliness Movement' will be launched next month to undertake a comprehensive cleanliness drive across the country and to raise awareness among the public.

The drive will be started with an active involvement of the provincial governments and all segments of society, said the premier.

Advisor to Prime Minister on Climate Change, Malik Amin Aslam Khan while briefing the Prime Minister said that besides implementation of 10 billion Tree Tsunami project, promotion of renewable energy is also being focused as part of mitigation strategy to tackle climate issues.

The Advisor said 50 early warning systems and 408 river discharge gauges are planned to be installed under Glacial Lake Outburst Flood project in Gilgit-Baltistan and five districts of Khyber Pakhtunkhwa as part of the adaptation strategy.