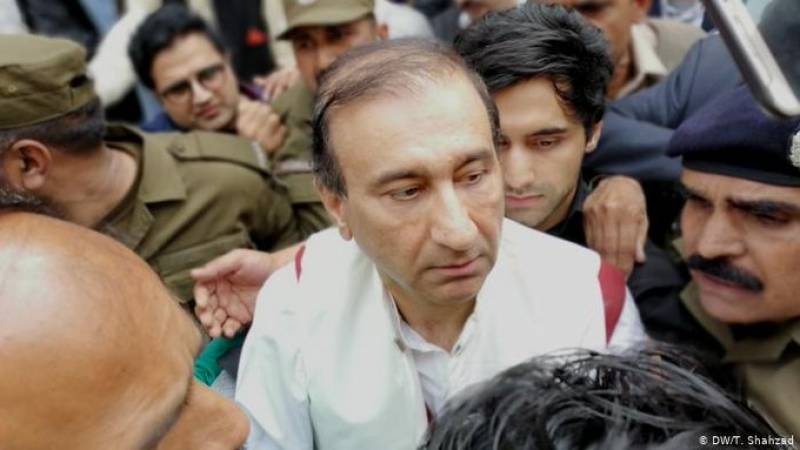 At the start of the proceedings, an investigation officer told the court that Mir Shakil was sick and he was being given treatment in a private hospital.

However, the court ordered the investigation officer to produce Mir Shakil-ur-Rahman immediately while adjourning hearing for a short period of time.

Later, the investigation officer produced Mir Shakil before the court.

A National Accountability Bureau (NAB) prosecutor informed the court that investigation from Mir Shakil-ur-Rahman had been completed and his custody was no longer required.

Subsequently, the court sent Mir Shakil to jail on judicial remand till May 12 and ordered for producing him on expiry of his remand.

The NAB prosecutor requested the court to sent Mir Shakil to hospital again. However, the court held that it was a responsibility of NAB director general and a permission should be sought from the court for the purpose.

Mir Shakil-ur-Rahman was taken into custody following his appearance in the anti-corruption watchdog's office in Lahore on March 12 after he failed to give satisfactory answers during investigation.

NAB alleged that the accused obtained illegal exemption on 54 plots of one-kanal each in Johar Town Lahore, with the connivance of Nawaz Sharif, the then chief minister of Punjab, in violation of the exemption policy.

The Lahore High Court (LHC) had rejected two petitions, filed by Mir Shakil and his wife, challenging arrest and physical remand of the Jang/Geo editor-in-chief.