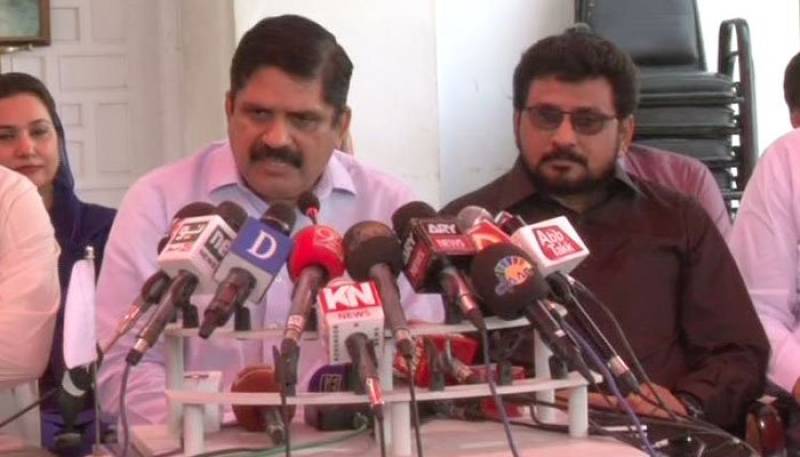 KARACHI - In what appeared to be another major political blow to Muttahida Qaumi Movement-Pakistan (MQM-P), another serving lawmaker on Sunday announced to leave the party and join Pak Sarzmeen Party (PSP).

According to Neo News, MQM-P member National Assembly from Hyderabad, Waseem Hussain, announced the decision in a press conference along with Anees Qaimkhani, president of PSP, and other leaders.

Addressing the presser, Hussain said that people of Hyderabad will decide whether joining the PSL was wrong or not.

PSP leader Anis Qaimkhani expressing reservations rejected the new delimitation of constituencies and vowed that next prime minister of the province will come from his party.