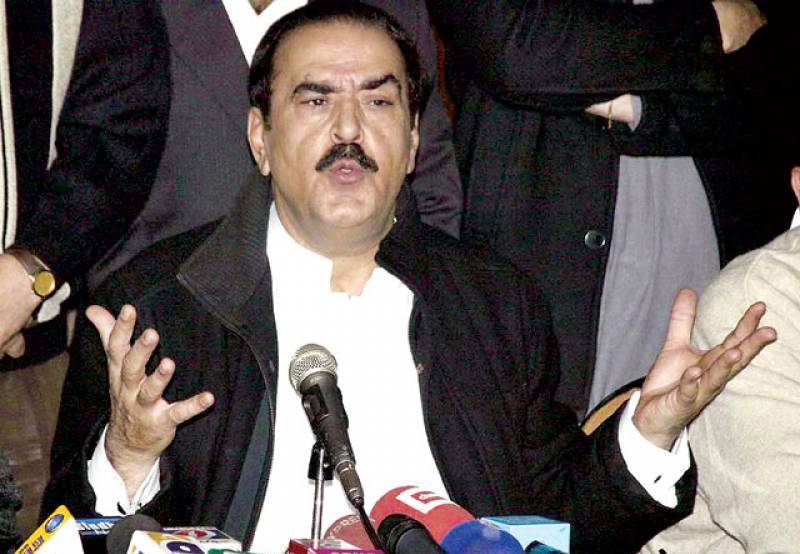 LAHORE - A ruling party lawmaker in Punjab has become the latest victim of street robberies in Lahore.

Only a day after Punjab Police presented before public four robbers who, according to police, killed five people in Millat Park last month, Inamullah Niazi, the PML-N lawmaker in Punjab, was held hostage by armed robbers on The Mall, just when he stopped at a traffic signal.

Despite extra deployment of police personnel in the area due to some VIP movement, the robbers easily fled on their two-wheeler getting away Rs15,000 cash and cell phone.

Soon after the incident, police patrolling units including Dolphins and Police Response Unit reached the scene, according to media reports.

Search for the robbers was underway.

He had won the Punjab Assembly seat from Bhakkar-II PP-48 in the by-election in November 2014 as an independent candidate. The seat was vacated after the death of his brother, and PML-N MPA, Najeebullah Niazi.

The shocking incident comes a day after Lahore city police claimed to have busted a gang of armed robbers including a woman who were involved in a robbery attempted which left five people dead and one critically wounded.

Two gunmen shot six people including a shopkeeper and his son on offering resistance during a shop robbery attempt in Pakki Thathi area of Millat Park on November 19. Four victims died on the spot while the fifth expired in the hospital the next day. The sixth was admitted to a hospital with bullet injuries. Two passerby and bicycle mechanic were among the victims.

The deceased were identified by police as Muhammad Amjad, 45; his 22-year-old son Tanzeel Amjad, Muhammad Abbas, 30; Farhan, 30; and Saleemud Din, 55. The sixth victim Gohar Sarfraz, 40, was admitted to the hospital in serious condition. The shooting took place at the Parwaz pan-shop in the low-income neighbourhood.

The fatal shooting triggered panic across the provincial metropolis and also exposed police patrolling system in Lahore. In addition to several police response units, there are hundreds of Dolphin squads who are otherwise supposed to chase the fleeing bandits.

At a news conference at the Police Lines Qila Gujjar Singh Wednesday, the arrested “robbers-cum-killers” were named by police as Zaheer Abbas alias Basoo, Zahid Ali, Jahangir alias Bhola, and a lady, Umme-e-Farwa. As per police, the bandits are residents of Pindi Bhattian, district Hafizabad.

Nowadays, Lahore has also become safe haven for armed bandits. Last week, robbers hit the provincial capital for more than 150 times successfully and made off with cash, gold ornaments, and other valuables worth millions. Also 14 cars and 50 motorcycles were driven away from different parts of the Punjab capital city.

Last month, in a similar incident of street robbery like with the PML-N lawmaker, a man was held hostage by four armed robbers in Garden Town area of Lahore and was robbed of cash and other valuables.

The performance of the provincial police is sharply declining and there is no let-up in the incidents of dacoity, robbery, murder, rape, and auto-lifting. Gangsters are committing house robberies, and looting motorists, families, and passersby at gunpoint with impunity. The surge in street crimes has also sent a shocking wave among the citizens.

Official data shows during the first 10 months of this year, at least 801 dacoities, 11,412 robberies and 9,867 burglaries were reported to police. Similarly, the police also registered at least 1,181 cases of theft, 13,343 cases of motor-vehicle theft and 3,218 of motor-vehicle snatching and 4,603 cattle-theft from January to October this year.