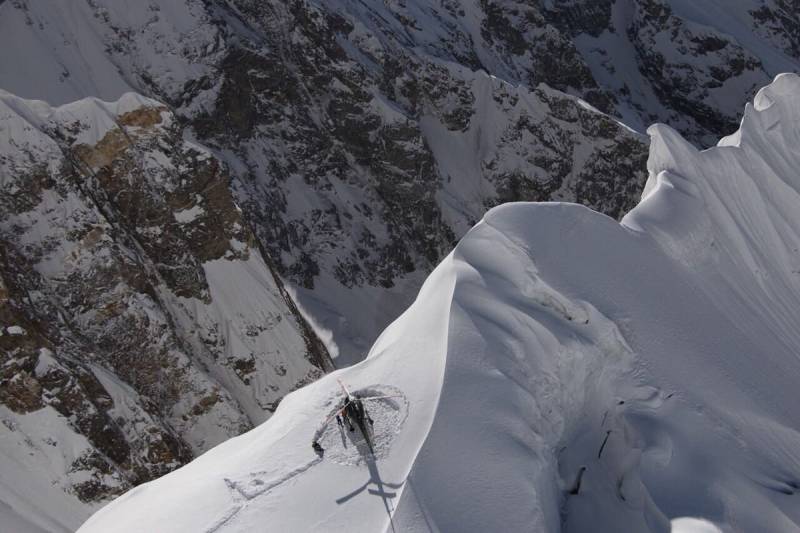 SKARDU - Two British mountaineers marooned on Hunza Valley’s Ultar Sar Mountain have been located and rescued by teams of the Pakistan Army after their tent was struck by an avalanche.

Earlier, one of three mountaineers carrying out an expedition on a 7,000-metre high peak in northern Pakistan died in an avalanche.

Karrar Haidri, the Secretary of Alpine Club of Pakistan, stated that alpinist Christian Huber was killed when an avalanche hit the climbers’ tent on Friday night during a strong storm at a height of 5,900 meters on Ultar Sar Peak in the Hunza Valley.

In January, Pakistan Army and volunteers rescued a French mountaineer stranded on a Himalayan peak but called off efforts to retrieve a Polish climber who was declared dead after a dramatic rescue effort.

GILGIT – One of three mountaineers carrying out an expedition on a 7,000-metre high peak in northern Pakistan has ...

Elisabeth Revol and Tomasz Mackiewicz were climbing Nanga Parbat, the ninth highest peak in the world at 8,126 meters (26,660 feet), but called for help.

Northern Pakistan is a major attraction for numerous hiking enthusiasts as it dwells one of the highest peaks in the world including the 8,611 meters high K2, known to be the second highest peak in the world.