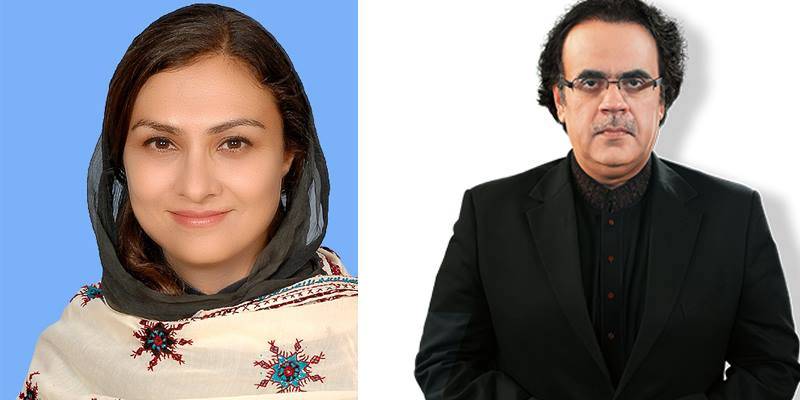 ISLAMABAD - Pakistan Muslim League-Nawaz stalwart and BISP chairperson Marvi Memon has clarified her stance on a recent controversy that erupted after publication of a BISP newspaper ad.

According to the details, an ad by Benazir Income Support Program got published recently in scores of leading dailies but what bothered political analysts was the fact that the ad was not carrying the picture of BISP chairperson Marvi Memon although it carried PM Nawaz, president Mamnoon and finance minister Ishaq Dar's picture.

The missing picture raised eyebrows of analysts who opined that Marvi Memon has distanced herself from PML-N and it is likely that she would be partying ways with the ruling PML-N.

Doctor turned analysts Dr Shahid Masood during his television show on Tuesday while showing concerns about the newspaper ad went on and expressed that Marvi remained silent and did not defend Sharif family over Panama Leaks issue and so the media cell in PM house was not satisfied with her performance.

Shahid named a personnel 'Mouazzam' who according to him removed Marvi's picture from ad despite the fact that she has been heading the program from last two years.

The seasoned analyst hinted that Marvi Memon was in touch with members of Pakistan Tehreek-e-Insaf and Pakistan Peoples Party and she could join any of these parties.

On the other hand, Marvi Memon took to Twitter to clarify that she did not believe in self-projection through photos and relied on projecting results.

We believe in buildin institutions n brands not our own egos ☺ new trend wch i hope others wil embrace pic.twitter.com/PwDqH2X1HU

'We believe in building institutions and brands and not our own egos. New trend which I hope others will embrace' said Marvi in her tweet.

It may be mentioned here that Marvi Memon served during president Musharraf's stint through PML-Q' s platform but later parted ways with the party.

She was also seen alongside PTI supremo Imran Khan but her dramatic entry into PML-N in March 2012 shocked many.