Under arrest Sharjeel Memon hits out at NAB over 'dual standards' 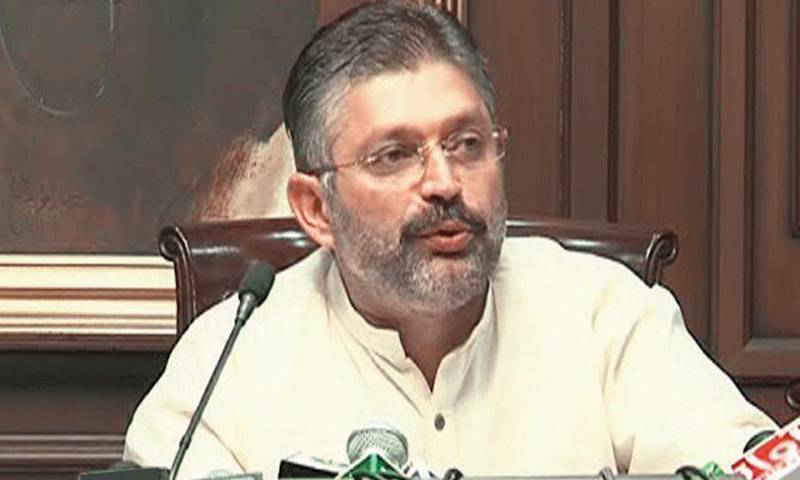 The minister reached the Sindh Assembly to attend a parliamentary session amid tight security where he was welcomed by his supporters.

Memon, who is on judicial remand till Nov 4, while addressing the assembly raised objections to the way the NAB is handling his case, adding, "I was arrested at Islamabad airport despite having got bail".

"My name was put on the Exit Control List (ECL) without any intimation when I was abroad," he said, adding that the names of Sharif family and Finance Minister Ishaq Dar have not been included to ECL despite high profile cases against them in the NAB.

"Why such dual standards are being adopted in my case," he asks.

Terming his recent arrest during last month contempt of court, Memon said the he was arrested from the steps of the court contrary to law, which bars officials from arresting inside the court's premises.

He also urged new chairman of the NAB to review the process of putting someone's name on the ECL.

On October 23, the NAB had taken Memon into its custody from the Sindh High Court’s main building after the court dismissed a plea seeking extension in bail in a corruption reference.

Sharjeel Memon, flanked by his supporters party loyalists and lawyers, took at least five hours to come out of the court premises as his lawyers advised him to surrender to the NAB team.

Sharjeel Memon, who had returned to Pakistan in March this year,  is facing several charges of misappropriation and corruption relating to the period when he was the Sindh Information Minister.

Memon, along with suspects, have been accused of corruption worth Rs5.76 billion in the award of advertisements of the Sindh government’s awareness campaigns in the electronic media.

Memon, who served as Sindh information minister till 2015, returned to Pakistan in March this year after ending his nearly two-year-long self-imposed exile, was arrested on his arrival by NAB but later obtained bail.

The other accused in the case include former Sindh Information Secretary Zulfiqar Ali Shalwani, officials of the information department and members of private advertising agencies