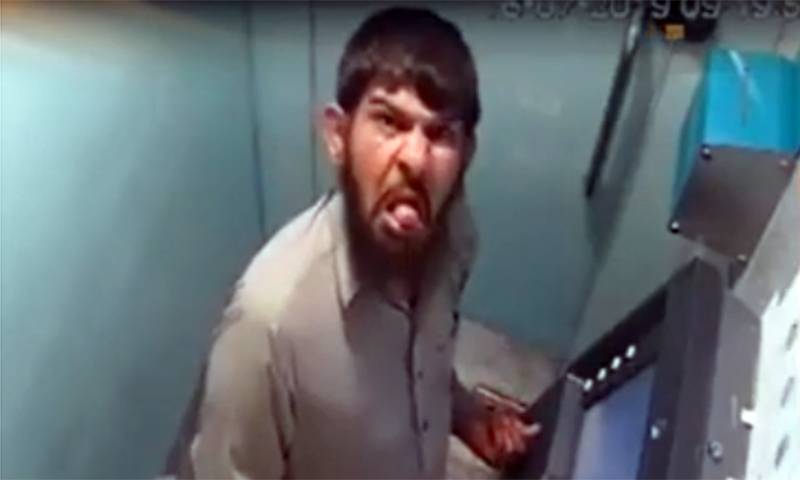 RAHIM YAR KHAN - A man whose video of robbing an ATM went viral on social media died on Sunday early morning while in police custody.

According to police, Salahuddin Ayubi, a resident of Tehsil Kamonkay, some 63km away from Lahore was arrested on Friday.

During detention, he was behaving like an “abnormal person" and he suddenly became unwell. When he was shifted to the emergency ward of Sheikh Zayed Medical College Hospital where doctors confirmed his death, Zeeshan Randhawa, a spokesperson for district police officer told media.

He was dead when he was brought to the hospital, Randhawa added.

The spokesperson said that the reason for Ayubi's death would be ascertained after a post-mortem report is issued.

DPO Umar Farooq Salamat had also constituted an inquiry team, headed by Superintendent of Police Investigation, to look into the matter.

In a video that went viral on social media a few days ago, Ayubi was seen stealing an ATM card after breaking open a machine in Faisalabad and sticking his tongue out in jest at both the camera in the corner of the booth and the one installed in the machine itself.

According to Dawn, on Friday, he once again entered an ATM booth in Rahim Yar Khan and was in the process of breaking the machine's exterior when he was caught red-handed by other customers. The incident occurred on Shahi road at Habib Bank Limited.