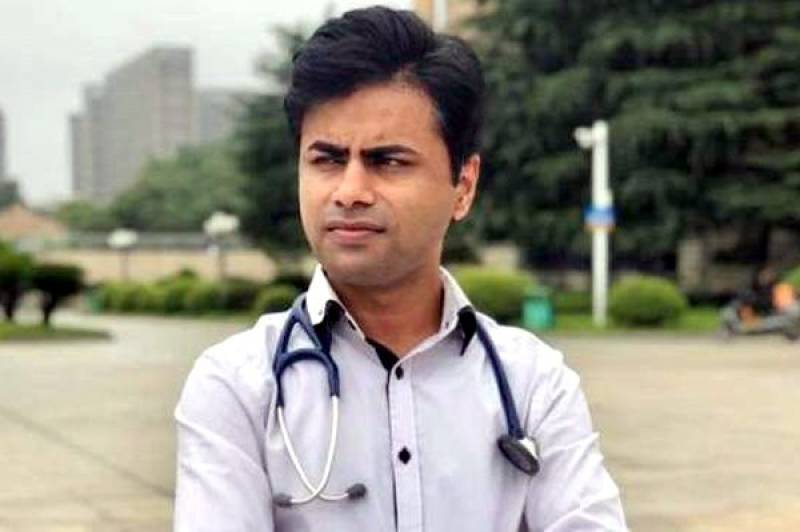 BEIJING - A Pakistani doctor who volunteered to treat coronavirus patients in Wuhan epidemic area as a volunteer has got appreciation from Pakistani students and community members residing in China.

Dr. Usman, a Pakistani teacher at Changsha Medical College is the first foreign doctor who stepped forward to treat infected people in Wuhan as a volunteer.

I salute you. Our friendship with China is not just rhetoric. It is a special relationship between the two countries, Salman Ali, a Pakistani student posted these comments on social media apps.

Several Pakistani traders, businessmen across China have also applauded the noble gesture by the Pakistani doctor who is fighting shoulder to shoulder with the Chinese paramedics against the epidemic. They shared the news report about Dr. Usman on social media.

Usman, 29, had dreamed of becoming a doctor since he was a child. He graduated from Hunan University of Traditional Chinese Medicine with a bachelor’s degree in 2012 and returned to Pakistan to practice medicine for four years.

During the four years of stay in his hometown, he had always been unable to forget China and Changsha. He said that China had provided him with good opportunities for education and employment and realized his dream.

In 2016, he returned to China and began studying for a master’s degree in medicine at Central South University in Changsha. After graduation, he became a foreign teacher at Changsha medical college.

“The news said the epidemic area is now the lack of medical staff, I am a doctor, I love China, I would like to go to the Wuhan, epidemic area to help the doctor!”

Seeing the media continuously broadcast the outbreak of pneumonia caused by the new coronavirus in China, on January 27th, Usman formally applied to the foreign experts' service office of the Hunan science and technology department, hoping that he could go to the Wuhan epidemic area for medical assistance.

“The staff of the foreign expert service sent me the methods of epidemic prevention and virus isolation every day, asking me to protect myself and solving many difficulties for me.”

Usman told a reporter that when the outbreak of pneumonia caused by the new coronavirus began in China, he kept an eye on the constantly updated figures and situations every day.

When his family and friends in Pakistan called him to ask about his situation in China, he replied, “I’m fine. The Chinese government cares about us very much.”