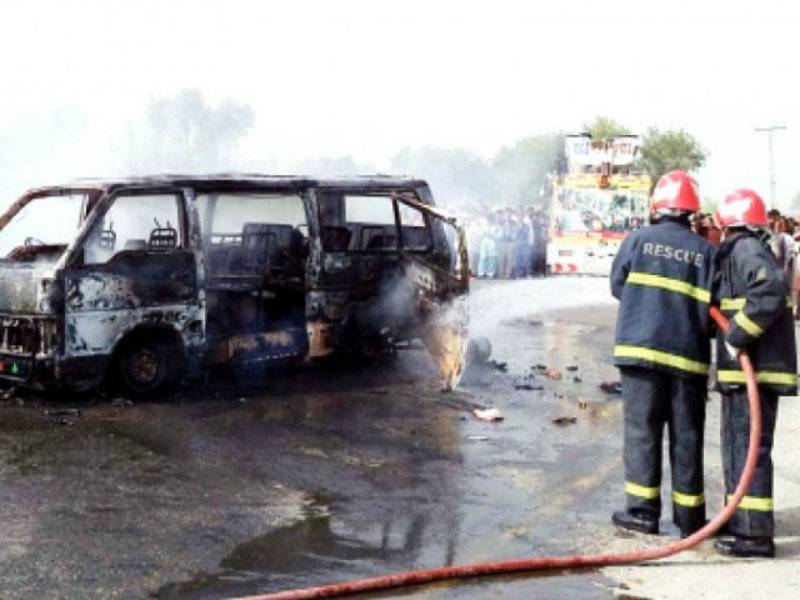 MULTAN - At least six people including women and children were killed while 24 other passengers of a van sustained burns as its liquefied petroleum gas (LPG) cylinder exploded near Multan's Head Muhammadwala on Sunday.

Rescue sources said the van caught fire due to a gas cylinder explosion.

A wagon carrying at least 30 passengers travelling from Layyah to Multan was engulfed in flames when the cylinder burst, the sources added.

The wounded were shifted to Nishtar hospital. Five among those injured are said to be in a critical condition.