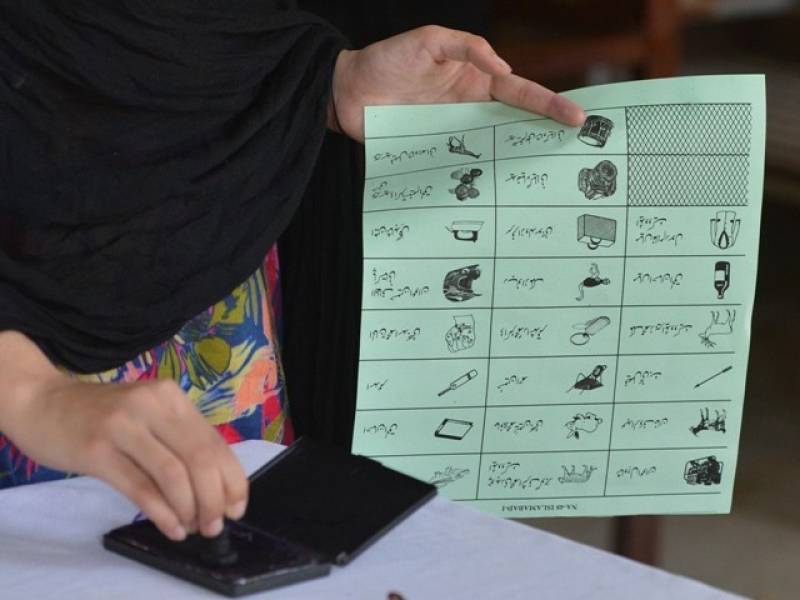 ISLAMABAD - The Election Commission of Pakistan has announced to challenge the Lahore High Court ruling on the nomination papers, in the Supreme Court.

The decision was announced after an emergency meeting of the election regulator by Additional Secretary ECP, Akhter Nazeer, on Saturday.

'The body will move apex court against the verdicts handed down by Lahore High court and Balochistan High court as well,' said the official.

He affirmed that the forthcoming elections will take place on July 25th, as announced earlier but hastened to add that there was a leverage of two to three days in the election schedule.

He mentioned that the verdict of the Balochistan High Court regarding the annulment of delimitation in eight constituencies of Quetta would also be challenged in the apex court.

"ECP has taken notice of the recent transfer and postings as the senior officers were shuffled in Sindh, without the permission of the election watchdog," added Nazeer.

Earlier, on Friday, the Lahore High Court annulled the nomination papers prepared by the Parliament for contesting the forthcoming elections.

The directives were issued by LHC judge Justice Ayesha A Malik on the constitutional petition filed by legal expert Saad Rasool on behalf of journalist Habib Akram, who had challenged the Section 60, 110 and 137 of the Election Act 2017.

The court ordered the ECP to include the injunctions of Article 62 and 63 of the Constitution in the revised nomination papers.

According to the operative part of the judgment, it is necessary for candidates to reveal their source of income, dual nationality, tax and details about the members of the family.

It also ruled that dual nationals and the individuals named in criminal cases would not be able to contest elections, scheduled on July 25th.

Earlier, the counsel for the petitioner, while presenting his arguments said that the members of the parliament had no right to make changes in the nomination papers as this was the responsibility of the Election Commission of Pakistan (ECP).

The ECP representative had also told the court that new nomination papers can be prepared in seven days.

Soon after the ‘damaging’ verdict was announced, the Election Commission of Pakistan convened an emergency meeting to brainstorm over preparing a new nomination form, in line with the ruling by the Lahore High Court.