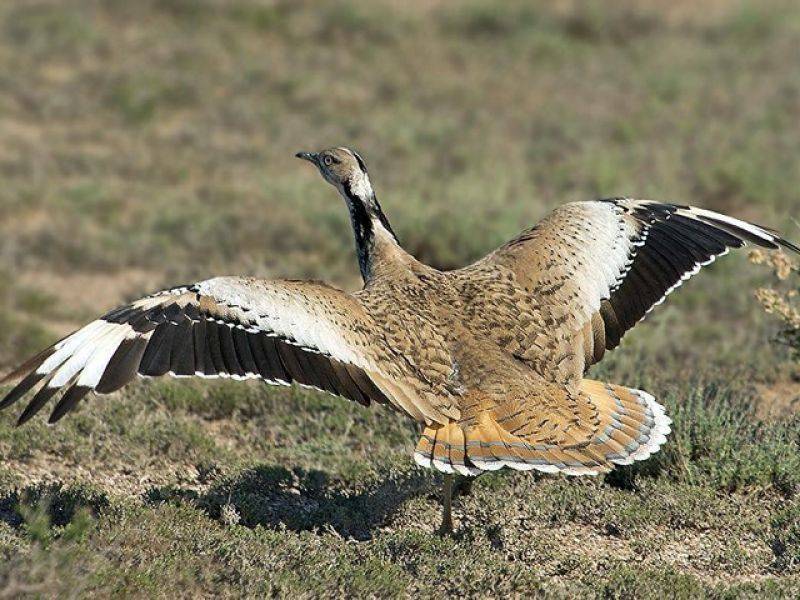 BAHAWALPUR - The government of Abu Dhabi has given more than 300 Houbara bustards as a gift to district government of Bahawalpur, The Nation reported.

The officials of the district government have released them in Bahawalpur for breeding.

Last year in December, a team of hunters led by Sheikh Saif bin Zayed Al Nahyan, the interior minister of UAE came to Pakistan on a Houbara bustard hunting mission.

The royal families from other Arab countries have also been visiting Pakistan to hunt the endangered migratory bird.

Taking action to save the species, authorities in Khyber-Pakhtunkhwa imposed a province-wide ban on the hunting of the migratory bird that is designated by conservationists as a protected species.

Prime Minister (PM) Nawaz Sharif had also granted a fund of Rs250 million for a rehabilitation centre and breeding of the rare bird.