PM Nawaz promises no compromise on security of Chinese workforce 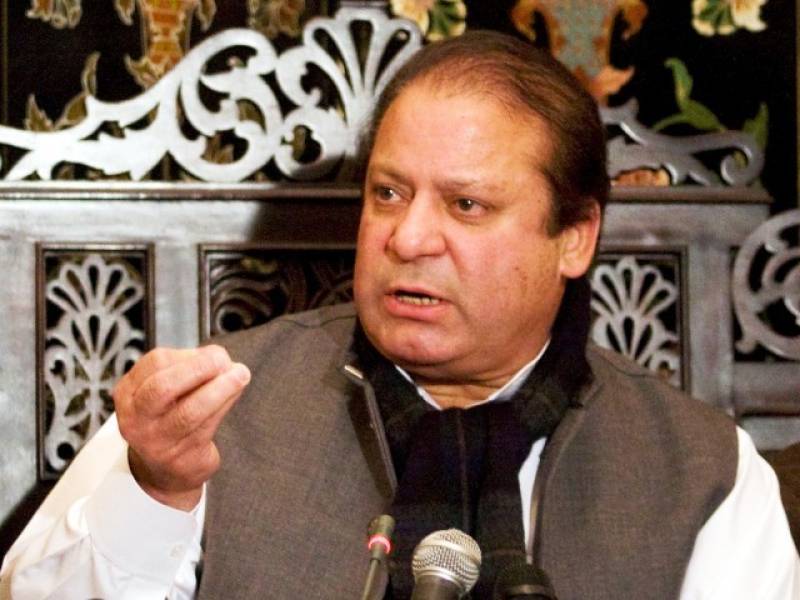 Chairing a meeting to review the progress on the development of projects under CPEC on Monday, the prime minister directed the interior ministry to beef up the security for the Chinese workforce busy working on numerous development projects in Pakistan including the China Pakistan Economic Corridor (CPEC).

He directed all the departments to complete every ongoing project in time so that the promises made by current government are fulfilled.

Federal Minister for Planning and Development Ahsan Iqbal was also present in the meeting.

Nawaz Sharif directed the interior ministry to take all possible measures to ensure safety of Chinese workforce adding that no laxity shall be tolerated in this regard.

He vowed to personally review the pace and progress of the projects through a core team and directed the concerned authorities to update project benchmarks on monthly as well as quarterly basis for the supervision by him.

“The officers and officials who would not deliver in terms of timely completion of the project will not be part of our team,” Nawaz warned.

The PM reiterated that the CPEC will prove to be a game changer and would prove helpful in reducing poverty and generation of employment opportunities across the country.

The CPEC is a 15-year project between Pakistan and China with a planned portfolio of projects totalling around $45 billion, the programme has two main components.

It plans to develop a new trade and transport route from Kashgar in China to the Gwadar Port.

The other component envisages developing special economic zones along the route, including power projects.

The first-phase projects will receive $45.69 billion in concessionary and commercial loans, for which financial facilitation to the Chinese companies is being arranged by the Silk Road Fund.