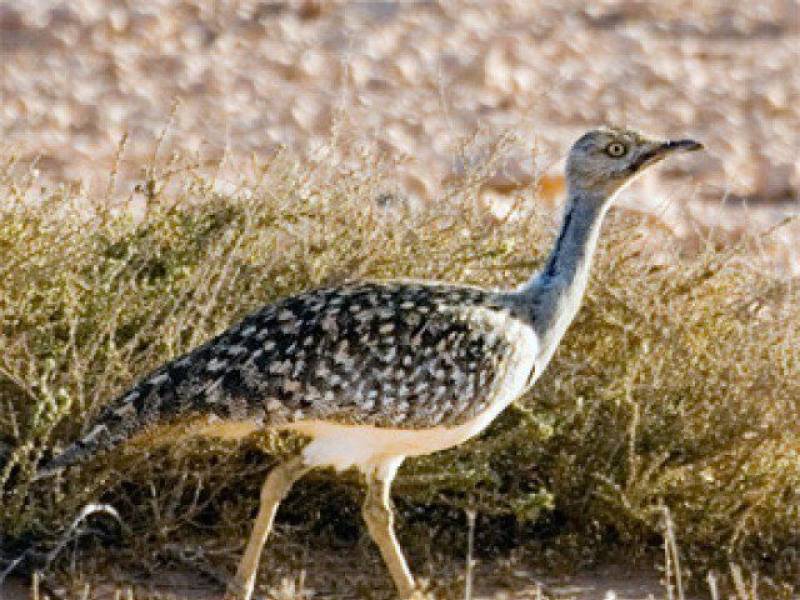 ISLAMABAD (Staff Report)  - Following in the foot steps of federal government, the Punjab government has filed a review petition against the decision of Supreme Court of Pakistan to ban the hunting Houbara Bastard.

Contrary to the centre, which termed the Houbara hunting a pillar of country's foreign policy, Punjab has challenged the decision saying its a provincial matter to issue hunting permits.

In the petition filed by Additional Advocate General Razzaq Mirza said the apex court barred federal and provincial governments from issuing special permits hunting permits with out knowing the facts and figure regarding the living number of birds of the specific specie.

The top court also did not examine that the issue regarding the permission to allow hunting of the bird constituted an inter-provincial matter and that the formulation and regulation of relevant policies fell within the domain of the Council of Common Interests, it said.

The petitioner prayed to the court to review it's August 19 judgement that barred government from issuing permits for hunting of 'endangered' Houbara Bastard terming it a 'non-saleable' commodity.

Earlier federal government also requested the court to lift ban however the petition was dismissed by the judges.