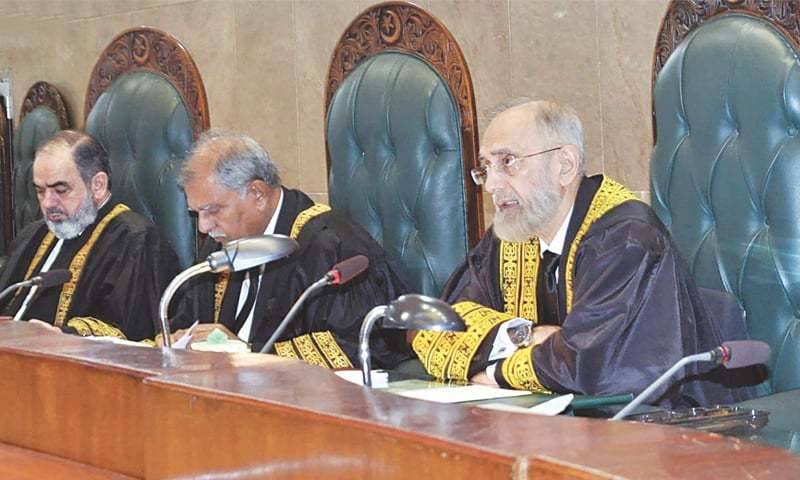 The decision was taken in a session chaired by Chief Justice of Pakistan Anwar Zaheer Jamali.

The reference was filed by Pakistan Tehreek-e-Insaf (PTI) lawyers wing on August 26, seeking dismissal of ECP members in the light of report of Judicial Commission that probed allegation of rigging earlier this year.

The petitioner, Gohar Nawaz, alleged that the ECP members didn’t perform their due duties honestly during General Election 2013.

He argued that the nominated members are responsible for election irregularities and therefore they should be unseated as per article 209 of constitution.