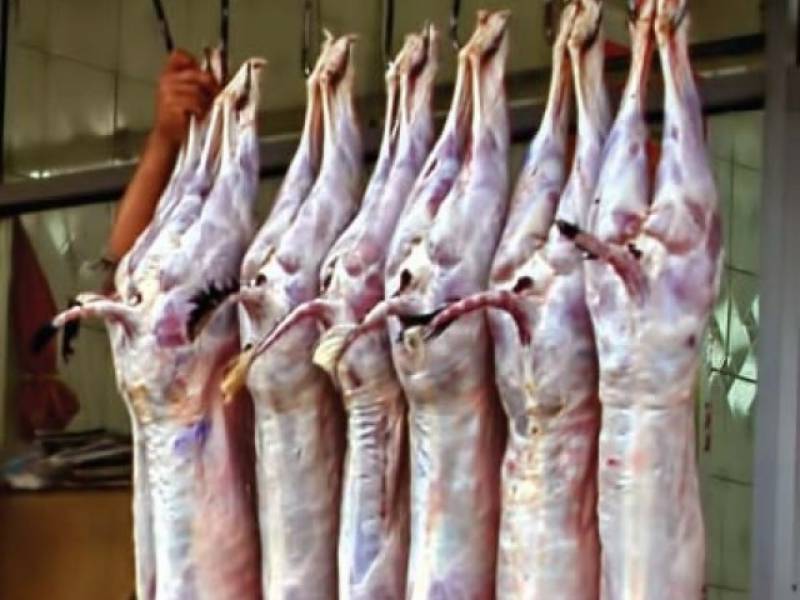 LAHORE (Staff Report) - Tonnes of pig meat has been brought to Lahore from Rawalpindi to be sold in the markets, reported police.

On complaint, the Punjab Food Authority (PFA) captured the supplier near Lahore Railway Station and handed him over to the police.

"It is being supplied to Lahore and then it is further sent to chains and restaurants where edible food is prepared," Ayesha Mumtaz, DG Operations of the Punjab Food Authority, told media.

She said that samples of the meat will be sent for DNA tests.

"We will carry out proper DNA testing of this meat and will take legal action against this suspect. We believe that this is an elaborate mafia, a chain and a vicious circle,” she said.

According to Express News, the supplier, Tauseef, told police that had been working at Sahala Slaughterhouse in Rawalpindi. He also said, the meat, seized by PFA , are pancreas of  cow and buffalo which is used to make chemicals in leather factories.

The supplier said that meat is transported from Rawalpindi to Lahore in Khyber Mail once a week, adding, he can provide the necessary documents of the trade.

Police have started the investigations into the matter.

Punjab Chief Minister Shahbaz Sharif took notice of the reports of pork being supplied to parts of Punjab, and ordered authorities to submit a report in this regard.

Earlier, incidents have been reported where donkey and dog meat has been found in markets of Karachi and Lahore.