Pakistan to ease visa regime for Sikh yatris from all over the world: PM Imran 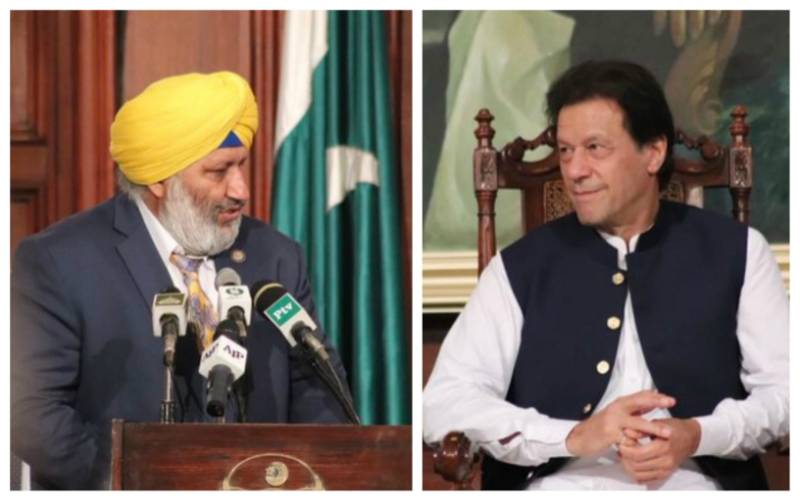 LAHORE – Prime Minister Imran Khan has said his government will facilitate Sikh yatris (pilgrims) from all over the world, easing visa regime for them.

Addressing International Sikh Convention at Governor's House in Lahore on Monday evening, Khan said multiple visas will be granted to Sikh visitors and measures can be considered to grant them visa on airports.

"All minorities are enjoying full basic rights in Pakistan and all possible facilities are being provided to them including Sikh community and yatrees," the PM was quoted by Radio Pakistan as saying.

"War is no solution to any issue but the prevailing situation in Occupied Kashmir is not acceptable," the premier said, adding that establishing good relations with the eastern neighbour was his priority after coming into power but unfortunately Indian response remained negative.

Imran Khan said RSS has racist ideology, inspired by Hitler's Nazism. "This ideology is not only a threat to Muslims but to other religions too.

"RSS is victimizing Muslims and Christians and later it will also be targeting Dalits and Sikhs in India."

He went on to say that the RSS ideology is also a threat to India itself.

In the end, he warned the world nations that any further escalation between Pakistan and India over the Kashmir issue could lead to a nuclear war.

LAHORE - Railways Minister Sheikh Rashid Ahmed said on Sunday that on the occasion of 550th birth anniversary of Baba ...

Meanwhile today, Pakistan's foreign office said that the third round of talks between Pakistan and India on Kartarpur Corridor will take place at Attari, India, on Wednesday.

Spokesperson and Director General (South Asia and SAARC) at the Ministry of Foreign Affairs Dr. Muhammad Faisal will lead the Pakistani delegation.