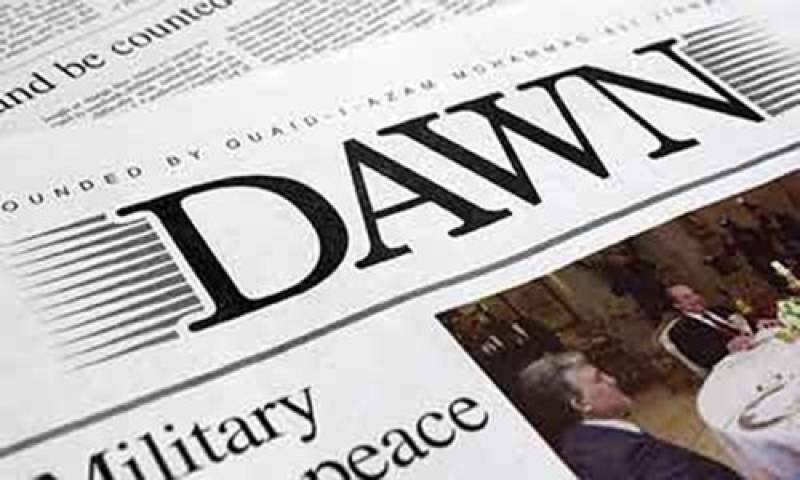 LAHORE - The residents of Lahore's upscale neighborhood, Defence Housing Authority (DHA) are being denied access to Pakistan's leading daily, Dawn with disputed reports about the core cause behind the discontinuation.

Scores of locals who reside in the posh locality took to Twitter on Friday and complained that they had subscribed to Dawn considering its editorial standards, however, they did not receive its copy.

The disruption in the dissemination of another leading English paper, The News also stirred concerns among the locals that there might be some censorship behind all this.

Thought it was just one of those viral posts BUT happened today. NO DAWN copy this.morning. Vendor says a DHA OFFICIAL Brig Zahid? Banned entry of dawn in area. Sorely upset . Missing MY Friend of 25 years. HELP.

Just told by my Newspaper hawker that Jang & Dawn newspapers have been banned in DHA Lahore. Instead he delivered Dunya & Tribune. I am going to buy an I-Pad instead. Moreover, no picture of GeoNews Channel. Only sound. Interesting times! Another apology from Jang/Geo/Dawn due!

However, DHA security supervisor takes a different line and contends that scores of hawkers who distribute the paper were asked to get an official card owing to security threats.

'When they did not comply with the orders, they were denied access to the area,' said the security department of the housing society when reached out by Daily Pakistan.

The Public Relations department was also contacted for finding out the core cause behind the interruption which first declared that there were some 'directives from the top,' however, took a different stance laterwards and said that there were no official orders whatsoever in this regard.