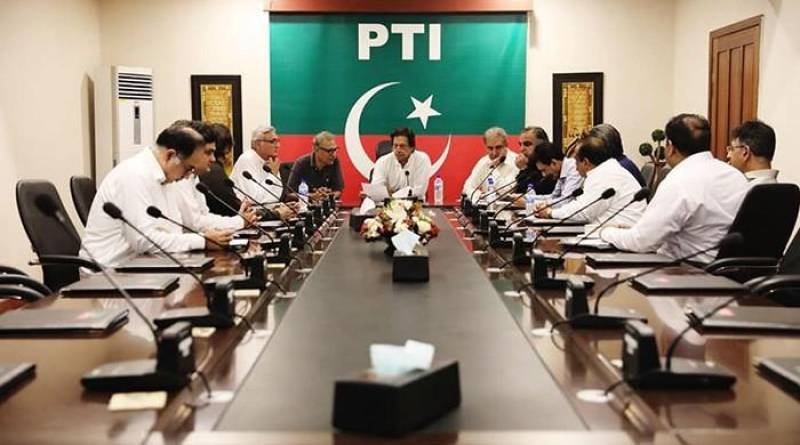 ISLAMABAD - Pakistan Tehreek-e-Insaf (PTI) and Muttahida Qaumi Movement Pakistan (MQM-P) have struck an agreement to form the government in Centre.

This was announced by PTI leader Jahangir Tahreen while addressing a joint press conference with MQM-P leaders, who held a meeting with Imran Khan at Bani Gala on Friday.

KARACHI - At last the much-awaited news came on the spotlight when the convener of Muttahida Qaumi Movement Pakistan ...

The agreement was signed by MQM-P's Faisal Sabzwari and PTI leader Arif Alvi. It said that recommendations of Council of Common Interest (CCI) on Karachi population census would be implemented.

The PTI will favour a petition filed in the Supreme Court with regard to local bodies system in Sindh, the MoU read.

The agreement also urged for the review of Karachi operation and consultation with all the stake-holders, besides meritorious appointments on all posts.

Accompanied by PTI leader Imran Ismail, the delegation of MQM-P had left Karachi for Islamabad earlier today to hold talks with PTI leaders about forming a government at the centre.

Earlier, Party convener Khalid Maqbool Siddiqui, who lead the MQM-P delegation, presented his party's demands to Tareen in exchange for joining the treasury benches with PTI.

After the successful conclusion of the first round of talks with PTI leaders Arif Alvi and Tareen, the delegation held an important meeting with Imran at his residence in Bani Gala.