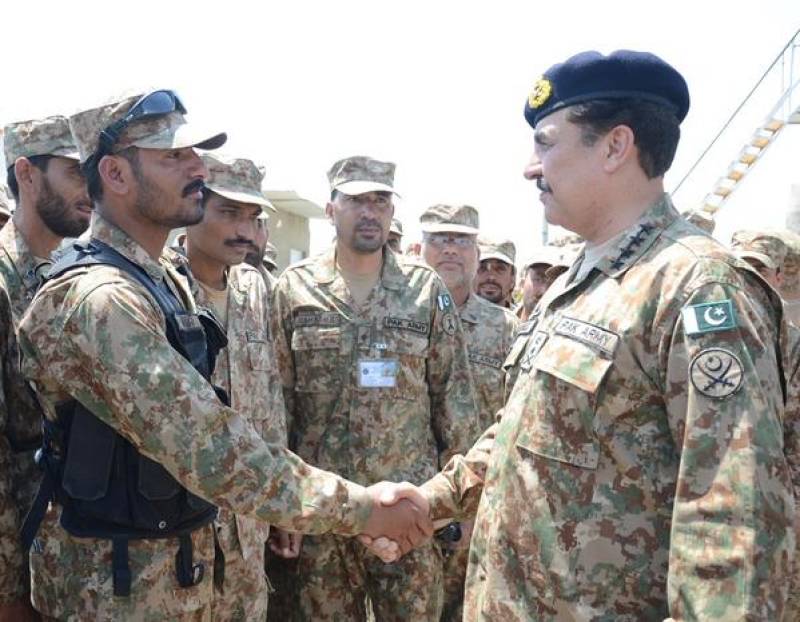 MIRAMSHAH (Web Desk) - Chief of the Army Staff (COAS) General Raheel Sharif said that security forces would continue their counter-terrorism operations to achieve the end objective of a terror-free Pakistan.

Maj-Gen Asim Bajwa, director general of ISPR, said that army chief visited forward most areas close to Pakistan-Afghan border in North and South Waziristan Agencies and got a briefing on the progress of operations.

The army chief was briefed about the future plans to clear Shawal town from terrorists.

"We will not stop till we achieve our end objective of a terror free Pakistan," Gen Sharif told troops, who who just successfully completed preliminary phase of Shawal and cleared peaks around Shawal.

The army chief commended troops for their gains.

"Operations will continue to apprehend all terrorists, facilitators, abettors and financiers from across country without any discrimination and irrespective of cost," he said.

General Sharif appreciated special integrated teams for intelligence-based operations (IBOs) across country and for severing links between terrorist in remote areas and their sleeper cells in cities. -