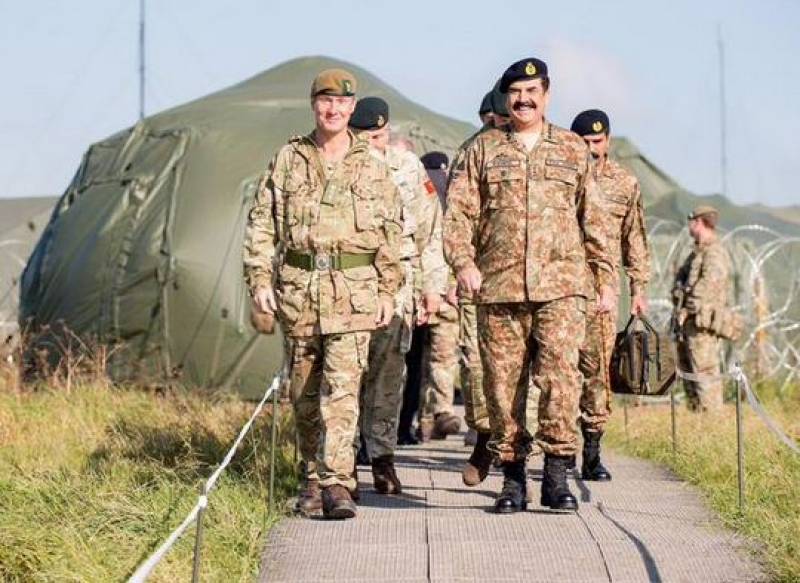 LONDON (Staff Report) - Chief of the Army Staff General Raheel Sharif has asked Britain to play it role in checking international financing and communication of terrorists in the world.

He said this during his meeting with the British Home Secretary Mark Phillip Sedwill in London.

Later, the General Raheel Sharif visited 3rd Armoured Division of UK and witnessed training of troops in the field.

The British Chief of General Staff ,General Nicholas Carter was also present on this occasion.